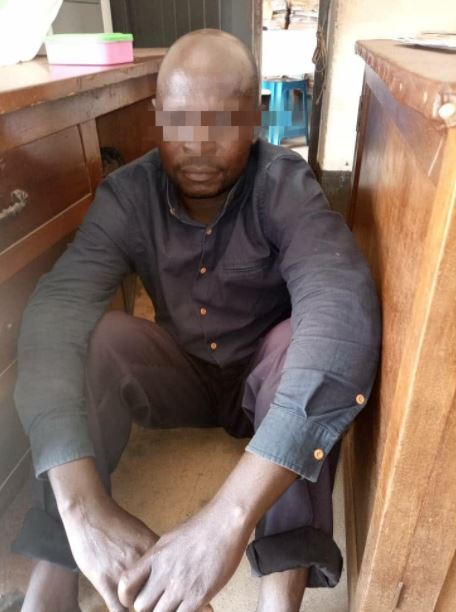 A very shameless and heartless primary school teacher identified as Joseph Basalirwa 42, has been arrested by the police for allegedly raping a deaf woman, whom he infected with HIV.

“The incident happened on 06/12/2020 at around 2:00 pm at the victim’s home in Buwana village, Bwanalira Parish, Bulamagi sub-county, Iganga District,” ASP said.

He added that; “The suspect is a teacher at Buwana Primary School. The suspect was taken for medical examination and the result turned out that he is HIV positive. Investigations ongoing.”

ASP Mubi noted that Basalirwa will be arraigned in court to face charges of aggravated rape and knowingly infecting someone with HIV/AIDS.