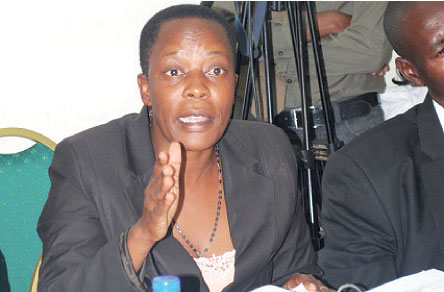 “The goons were ferried into the constituency and deployed at my remote village in Bukerere ward with stones, clubs and pangas with instructions to end my life”. She added

When Elite news contacted Kagimu on the matter, he rubbished the claims against him saying “I have no issues with Hon Nambooze and I cannot be part of the group. The claims are total lies”

When we contacted Mukono RDC Fred Bamwiine to comment on the said assassination plan against the law maker‚ he said that he denied to comment.

Kagimu revealed that this is not the first time Nambooze is telling lies against him and other people with intentions to get sympathy vote from the electorate.

“I cannot reach to that extent of killing somone because i want to became a member of parliament”. Said Kagimu.

“It is always in order for people to report assassination plans against them to the police, however, Nambooze has since then not done so”.