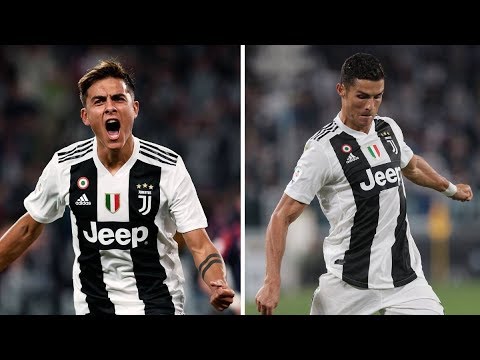 Serie A have announced a series of end of season awards, including the league’s MVP, and Cristiano Ronaldo will be frustrated to learn he’s been completely overlooked.

The five-time Ballon d’Or winner scored 31 goals in the season, including 12 winning goals – and also won Juventus 24 points on his own thanks to his heroics.

But despite breaking more records as he fired Juve to yet another Scudetto, it’s Ronaldo’s Juventus teammate Paulo Dybala who has been named Serie A’s best player.

Most goals for Juve: Ronaldo (31 goals most in a season in club history)

Ronaldo from his sister’s account after Dybala winning the Serie A MVP ahead of him :

The Argentine scored 11 goals and laid on 11 assists in a fine individual campaign that has now been marked with this honour, while former Arsenal man Wojciech Szczęsny has been named ‘best goalkeeper’ thanks to his form in between the sticks for the Bianconeri.

Stefan de Vrij of Inter Milan was the ‘best defender’, while Alejandro ‘Papi’ Gomez scooped the midfielder gong after notching seven goals and 16 assists for Atalanta.

Lazio’s Ciro Immobile was an absolute shoo-in for best striker, having hit a ridiculous 35 goals that saw him pip Ronaldo to the league’s Golden Boot and European Golden Shoe.

Serie A has elected their mvp of the season, that will wear a special mvp badge in the next season:

All six players will have a special badge printed on their shirts next term, Ronaldo of course not being one of them.