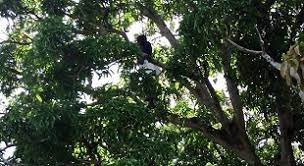 Miriam Anyango, senior one student of Aputi Secondary School in Amolatar district, northern Uganda has committed suicide following a misunderstanding with her father over grazing animals and school fees.

Anyango’s body was found hanging on a mango tree on Monday 9, after disappearing from home on Sunday evening. The deceased has been living with her father Sam Orech Apollo 56, and stepmother Doreen Amongi since her biological mother left the home.

According to family sources, the Orech, who is also the LC II chairperson of Anywali parish, Aputi sub-county physically assaulted the girl for allegedly failing to take good care of the animals she was herding. Amongi said that her husband first picked up a quarrel with her over the whereabouts of his daughter, claiming that she did not graze the animals well that day.

According to her, Orech managed to trace and find the girl at a tailor’s shop where she was mending her clothes and started beating her till they got home. Anyango disappeared from home shortly after the beatings, only to be found hanging dead on a mango tree.

Stephen Okello, an elder brother to the deceased accused his father of always using violence as a cover for not sending his children to school, adding that their father often becomes more violent when schools are reopening.

Orech, who has since denied the allegation of being violent, however, he argues that his daughter’s dissatisfaction over her school fees payment might have prompted her to commit suicide. He says that he did not have money to pay her school fees on time but was ready to look for the money.

Concord Ambrose Okwir, the Amolatar district inspector of schools acknowledged the pressure that the parents are going through to send their children and advised them to normalize holding family meetings in order to iron out family problems, especially those which involve finances.