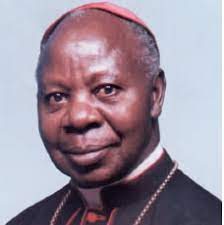 According to media reports, Pius Male Ssentumbwe, the Chancellor of Kampala Archdiocese said that the Cardinal, who retired as Archbishop of Kampala in 2006, was well and at home.

The Cardinal, who celebrated his 95th birthday in December last year, is living in Nsambya in his retirement home.

“The Cardinal is well and alive,” Fr. Male said.

“The public is requested to always seek official information from Church channels,” he said.

Cardinal Wamala, the Archbishop Emeritus of Kampala, was born on December 15, 1926, at Kamaggwa in the Diocese of Masaka and was ordained a priest on December 21, 1957, in Rome.

He was then appointed Bishop of Kiyinda-Mityana on July 17, 1981 and on November 22, 1981, he was ordained by Cardinal Emmanuel Nsubuga.

In April 2005, Cardinal Wamala participated in the conclave which elected Pope Benedict XVI.