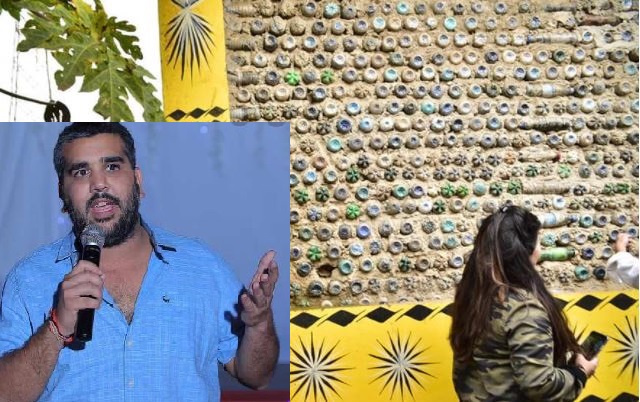 According to Rajiv Ruparelia, the Managing Director, Ruparelia Group of Companies, these Eco Bricks are not only an innovation aimed at protecting the environment but also creating employment for thousands of youth in the country.

“In most cases bricks are made by digging mounts of soil, which often leaves huge gaping holes in the ground, which are a risk to human life. However, Eco Bricks are made out plastic waste and other recyclable material, which would rather have contributed to environmental degradation,” a source within the Ruparelia Group told this website.

“This is therefore a classic example of hitting three stones with one stone; we are protecting the environment by recycling waste into reusable material that can be used for infrastructural development, while at the same time creating jobs for unemployed youth in the country,’ the source added.

He noted that although currently the Eco Bricks are being used to construct toilets in various communities across the country to improve sanitation, plans are underway to convince the government to approve the bricks as an alternative to the current building materials, such that they can be used in the construction of houses for human habitation.

The launch of the Ruparelia Eco Bricks will be a virtual event  held on October 2nd, 2020 at Mulago II via Zoom and all Ugandans who wish to be part of the event will follow it on Facebook livestream.