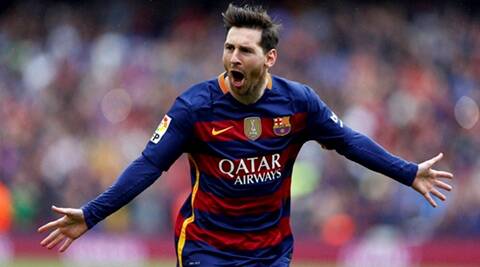 Barcelona boss Ronald Koeman insists Lionel Messi will be back at his mesmerising best soon despite a slow start to the season.

The Argentine has scored just once in the Catalans’ first four LaLiga matches for far, with Koeman suffering a shock first defeat since rejoining the Nou Camp side on Saturday, falling 1-0 to Getafe.

Messi’s efforts to separate from Barca dominated the summer gossip but since reluctantly deciding to stay the forward hasn’t been quite himself.

‘Maybe, at the moment, Messi’s performances could be better,’ Koeman said.

‘But he is happy, he is working hard and he wants to be the captain. I don’t have a single complaint.

‘He has also had some bad luck. He hit the post (in a 1-0 loss to Getafe on Saturday) and on another day that goes in.

‘I don’t have any doubts about his performances and we’re going to see him (at his best) in the upcoming games, I’m sure.’

Messi could be thinking ahead to next summer when his contract expires, with Manchester City having been the closest-linked with a swoop for the want-away icon.

However, he’ll want to leave Barcelona – where he’s spent his entire career – on a high, and nothing would be better than that long-awaited fifth Champions League.

Barca then host bitter rivals Real Madrid on Saturday, with the Spanish champions already three points ahead in LaLiga.