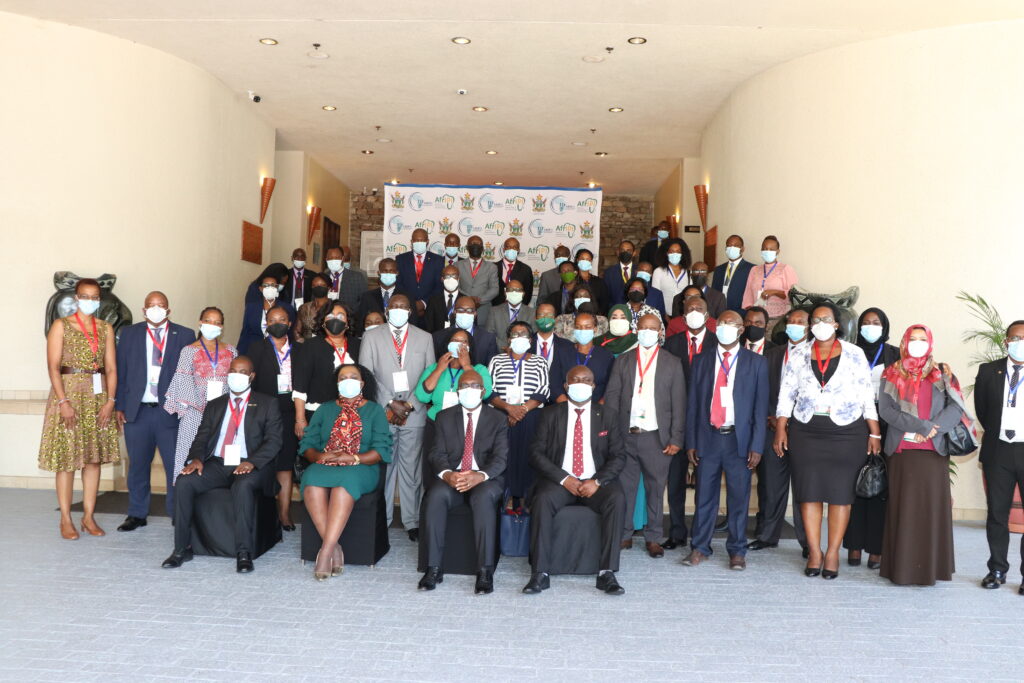 The Administrative Council Session is discussing proposals to improve the protocols administered by ARIPO, consideration of the strategic plan 2022-2026 and the financial standing of the organisation among other agenda items.

Speaking during the meeting, Mercy Kainobwisho urged the organisation to consider making partnerships and engagements priority in order to strengthen intellectual property (IP) rights across Africa, citing the Kampala Protocol which when fully adopted will see the emergence of enhanced benefits for copyright owners.

“We need to work towards closing all gaps limiting promotion and administration of IP rights like copyright and related rights. The Kampala Protocol being the first of its kind in Africa to support this strategy, continues to receive the necessary support, which is befitting because Africa is a continent of song and dance, a continent that abounds in skill, talent and creativity”. Kainobwisho said.

The 40th Session of the ARIPO Administrative Council held in Harare, Zimbabwe from 5th to 7th December 2016, identified the need to adopt a Protocol on voluntary registration of Copyright and Related Rights under the ARIPO framework and hence approved a roadmap for the establishment of a Voluntary Registration and Notification system.

In pursuance of the objective, a feasibility study, policy, and legal framework were developed. Following approval by the 17th Session of the Council of Ministers for the Legal Framework on establishing a regional voluntary copyright registration and notification system to be formulated into a Draft Protocol for adoption, a Diplomatic Conference was held in Kampala, Uganda from the 20th to 28th August 2021 at Speke Resort Munyonyo at which the Kampala Protocol was adopted. Uganda’s President, His Excellency Yoweri Kaguta Museveni was the Chief Guest at the conference that agreed to the adoption of the Kampala Protocol.

During the Council of Ministers, the Republic of Zimbabwe will sign the Kampala Protocol on Voluntary Registration of Copyright and Related Rights. Zimbabwe will become the 10th ARIPO Member State to sign the Protocol. Nine ARIPO Member States signed the Kampala Protocol on 28th August 2021; Ghana, Liberia, Malawi, Mozambique, Sao Tome and Principe, Sierra Leone, Sudan, United Republic of Tanzania, and Uganda. The Protocol shall come into force three months after five States have deposited their instruments of ratification or accession.

Until August 2021, ARIPO had four Protocols namely; the Harare Protocol on patents and industrial designs; the Banjul Protocol on marks, the Swakopmund Protocol on traditional knowledge and Expressions of Folklore; and the Arusha Protocol for the protection of new varieties of plants. A fifth Protocol, the Kampala Protocol on Voluntary Registration of Copyright and Related Rights, which was adopted on 28th August 2021 in Kampala, Republic of Uganda.

ARIPO Member States span an area of 7 million square kilometres, with a combined population of 230 million people and a GDP of USD 368 billion. Key among the objectives outlined in the Lusaka Agreement is ARIPO’s role in assisting “its members, as appropriate, in the acquisition and development of technology relating to intellectual property matters.”
The 21 ARIPO Member States are: Botswana, Kingdom of Eswatini, The Gambia, Ghana, Kenya, Kingdom of Lesotho, Liberia, Malawi, Mauritius, Mozambique, Namibia, Rwanda, Sao Tome and Principe, Seychelles, Sierra Leone, Somalia, Sudan, Uganda, United Republic of Tanzania, Zambia and Zimbabwe.