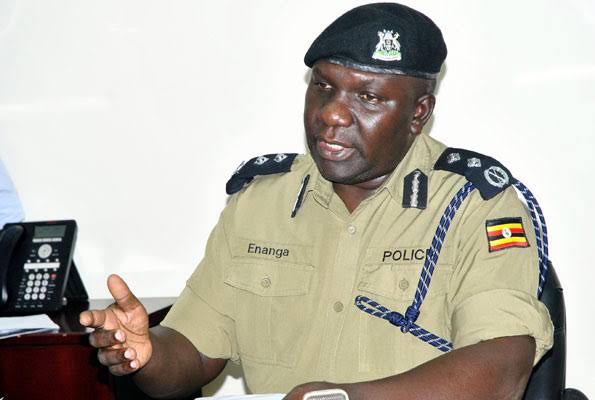 Security has announced a breakthrough in the ongoing operations of going after the Allied Democratic Forces (ADF) cell in Kampala by arresting a man suspected to be the group’s main biker.

Following the twin blasts at the Central Police Station and along Parliamentary Avenue in Kampala last month at left seven people dead. A joint security team launched operations targeting an ADF terror cell they said was responsible for the attacks.Several suspects have since been arrested in various parts of the country.

The Police spokesperson, Fred Enanga said that as part of their ongoing operations, the joint security team has arrested Twaha Sseggujja 37, also known as Joseph Kisembo , a boda boda rider who is suspected to have been the main courier of the ADF sleeper cell in Kampala.

“Our task teams tracked him down and was arrested Twaha Ssegujja, a resident of Nakuwadde village, Nakabugo parish in Wakiso district and so far we have established that he came to Kampala in 2007 from Kagadi district and has been working as a boda boda rider,” Enanga said.

“In 2018, he was recruited into the ADF ranks and went to DRC for military training before sneaking back into the country with an AK47 registered in DRC.”

The police spokesperson told journalists that on returning to the country, Ssegujja started carrying out assignments given to him by one Medi Nkalubo, an ADF coordinator in the country who is currently on the run.

According to security, at the time of his arrest, Nkalubo was allegedly disguising as a boda boda rider but also had a shop in Nakuwadde where he lived and a search led security to an assortment of weapons and bomb making materials.

He also explained that further investigations have indicated that Ssegujja only shifted to Nakuwadde over two months ago and that disguising as a boda boda rider, and was able to transport weapons and bomb making materials for the ADF sleeper cell operating in Kampala.

“This recovery and the arrest has definitely dealt a big blow to ADF cells in the country since the suspect Twaha Ssegujja was the main courier of the ADF network and was actively involved in transporting of bomb making materials and weapons among their operatives,”Enanga added.

He said that the arrest gives credence to the continued security operations targeting ADF cells in the country.

“The fact that we are continuing to make these arrests and recover the weapons shows that the terror threats against Ugandans still exist and we strongly believe that if these dangerous weapons had not been recovered and left in hands of terrorists, results would be more devastating.”

He insisted that operations aimed at decimating ADF cells within the country are still ongoing.

The developments come on the backdrop of air and artillery offensives launched by the UPDF and the Congolese army, FADRC against ADF camps in the thick DRC forests earlier last week in an operation code-named Shujaa, a Kiswahili word for “hero.”