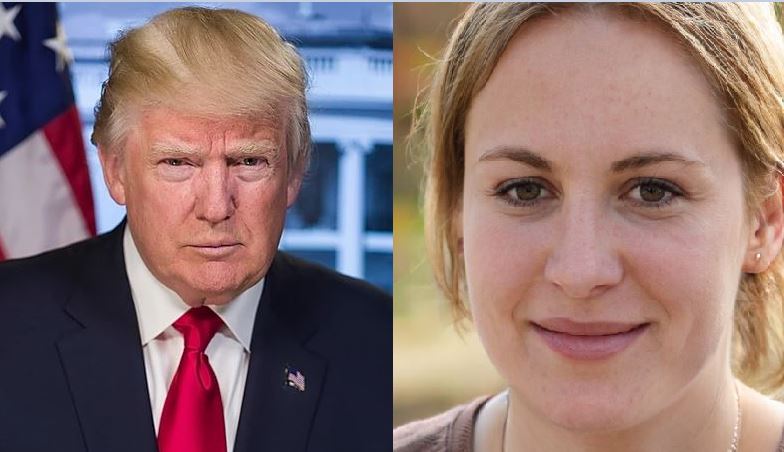 American President Donald Trump has been accused of having allegedly murdering his former Personal Assistant identified as Carolyn Gombell in 2000, shortly after she told him that he had impregnated her.

His alleged motive was silencing her after she threatened to tell reporters about their affair and that Trump had gotten her pregnant.

The allegations were lodged by an account that goes by the name ‘God@ TheTweetofGod’.

The scandal, which has since gone viral, started when, God wrote thus on Twitter “Donald Trump killed his personal assistant, Carolyn Gombell, in October 2000. He strangled her because he’d gotten her pregnant and was threatening to tell the press. Then he bribed NYPD Police Chief Bernie Kierik to cover it up. IT’S TIME TO INVESTIGATE. #JusticeForCarolyn”

However, the Proprietors of Twitter wrote back  to the person who had reported, indicating that after investigating the tweet, they did not find it offensive and so couldn’t pull it down. That was when the saga went viral.

God is a parody account on the social media platform that has never been a fan of the President. Now God has accused Trump of committing the ultimate crime. In a tweet, God brings up the murder of Carolyn Gombell who once served as an assistant to Donald Trump 17 years before he became President.

God also alleges that  NYPD Police Chief Bernie Kerik covered up the crime for Trump after being bribed.

Gombell was allegedly murdered by strangulation and her case has never been solved and God’s tweets started a #JusticeForCarolyn campaign that has since become massive.

God also tweeted,  “FACT: Carolyn Gombell’s mother has AN AUDIO RECORDING of her daughter the night before she was killed saying, “If something happens to me it was Donald,’” God tweeted. “FACT: Forensics at first tentatively matched the residual thumbprints found on Carolyn’s neck as ‘matching’ Trump’s own (small) hands, but that finding was later amended and officially ruled ‘inconclusive.’”

God was not finished there. He went on to tweet, “FACT: In his 2009 autobiography “One Good Cop,” Kerik referred to ‘a certain well-known real-estate magnate’ for whom he had ‘made certain inconvenient facts disappear’ (page 243). By the way, it’s also interesting that Carolyn’s New York roommate Michelle White ‘committed suicide’ by jumping in front of a subway train NOT TWO WEEKS LATER.”

God concluded with, “And OF COURSE you won’t find any reference to this stuff online. It’s called a cover-up, people. Don’t be naive. For her parents. For her friends. For the country. For democracy. For truth. For the fiancé, she was two weeks from marrying. But most of all… for her. #JusticeForCarolyn.”

However, the White House is yet to give an officials statement about these allegations, which being regarded by many political analysts in America as a smear campaign to frustrate Trump’s ambitions of contesting for Presidency again.