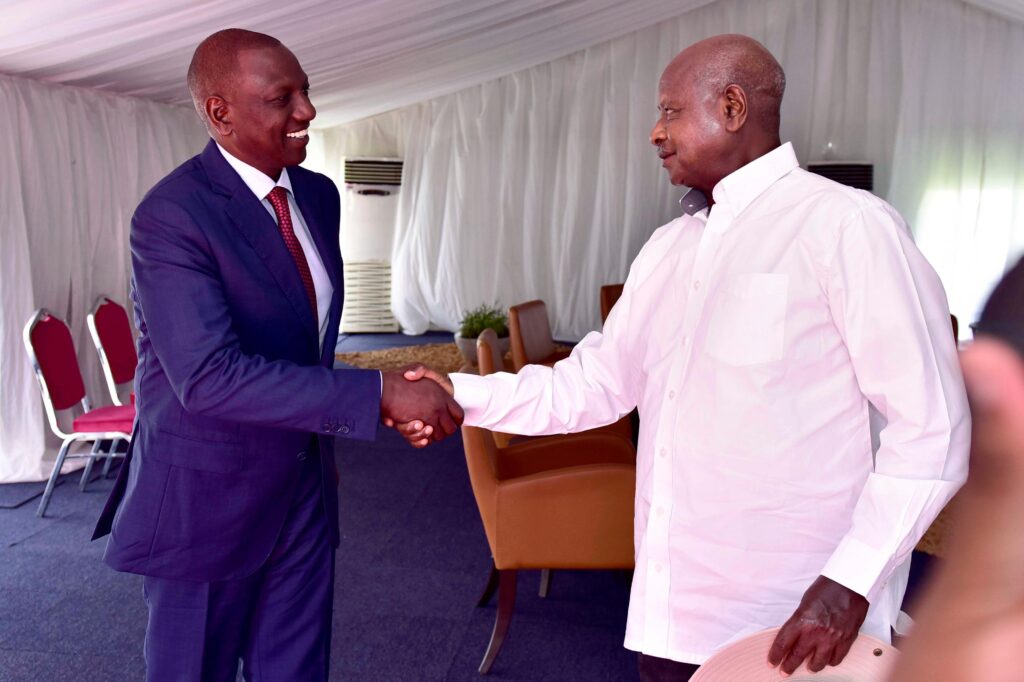 President Museveni and Ruto.
President Yoweri Museveni is set to attend the swearing –in ceremony for newly elected Kenyan President, William Ruto, the Nile Post has learnt.
Museveni is among the heads of state and other dignitaries set to grace Ruto’s inauguration set for Tuesday.
The Supreme Court in Kenya confirmed Ruto’s election as president on Monday after throwing petition by Azimio la Umoja One Kenya Coalition candidate Raila Odinga, who had argued that the election on August 9 was null and void.
President Museveni has twice called to congratulate Ruto for winning the election on August 9 but also upon being confirmed as the winner by the Supreme Court in Kenya earlier this week.
The Ugandan president said he looks forward to strengthened working relations with Ruto.
“I look forward to working with him to strengthen our strategic partnership in advancing the EAC agenda. God bless the people of Kenya and East Africa,” Museveni told Ruto who has been described as his “special friend”.
Swearing-in
Ruto’s swearing in ceremony will be held at Kasarani Sports Stadium on Tuesday and the day shall be a public holiday.
The oath of office to the newly elected president of Kenya will be administered by the country’s Chief Justice alongside the registrar of the High Court.
Later, the deputy will also take the oath of office after which President Uhuru Kenyatta will hand over the instruments of power including the Constitution and the sword of power to the new head of state.