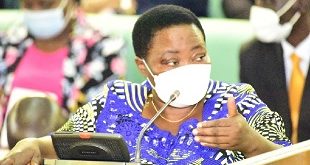 Few hours ago, We published a story where parliament had moved to block the Nyege Nyege Festival claims it is source of Untold immorality.
But Prime Minister Rt. Hon. Nabbanja has given a leeway to organizers in opposition of what parliament had suggested yesterday.
The good news flipping in is that a popular music festival, Nyege Nyege festival has been cleared to go on as earlier scheduled.
According to reports, a stakeholders committee chaired by Prime Minister Robinah Nabbanja on Wednesday morning has overruled Parliament to clear the event.
“Nyege Nyege will proceed as planned. Security will do what they have to do to ensure order,” a source who attended Wednesday morning meeting said
Uganda’s parliament had on Tuesday slapped a ban on Nyege Nyege, the second time that authorities were taking steps against the annual event over accusations that it promotes sex, drugs, and homosexuality.
The four-day Nyege Nyege festival on the banks of the Nile in the southern town of Jinja brings together artists from across Africa to entertain around 10,000 revellers and is usually held in September.
But nine days before the event was due to resume — following a pandemic-induced shutdown since 2020 — parliament had “stopped the ‘Nyege Nyege’ festival, an annual social event scheduled to take place next week”.
Uganda’s ethics and integrity minister Rose Lilly Akello told reporters that the festival “promotes a lot of immorality and this immorality is something which is not wanted in our country.”
Uganda’s state minister for tourism, Martin Mugarura, told AFP that the ban would have a destructive impact on the economy, as the travel industry limps back to life after the Covid-19 pandemic.
“Over 8,000 foreign tourists have already booked tickets and were to stay in the country during the duration of the festival and even beyond,” he said. “We hope there is a reversal of this decision,” he added.
The festival was banned in 2018 by former ethics minister Simon Lokodo, a fervent Christian and outspoken homophobe, who described it as an orgy of homosexuality, nudity and drugs akin to “devil worship”.
But he was forced to lift the ban barely a day later, following outrage on social media.
Lokodo, who died in January, said at the time that the event encouraged “the celebration and recruitment of young people into homosexuality”.
“The very name of the festival is provocative. It means ‘sex, sex’ or urge for sex,” he said.
Nyege Nyege means an irresistible urge to dance in the local Luganda language, but it can have a sexual connotation in other languages in the region.
Uganda is notorious for its intolerance of homosexuality — which is criminalised in the country — and strict Christian views on sexuality in general.