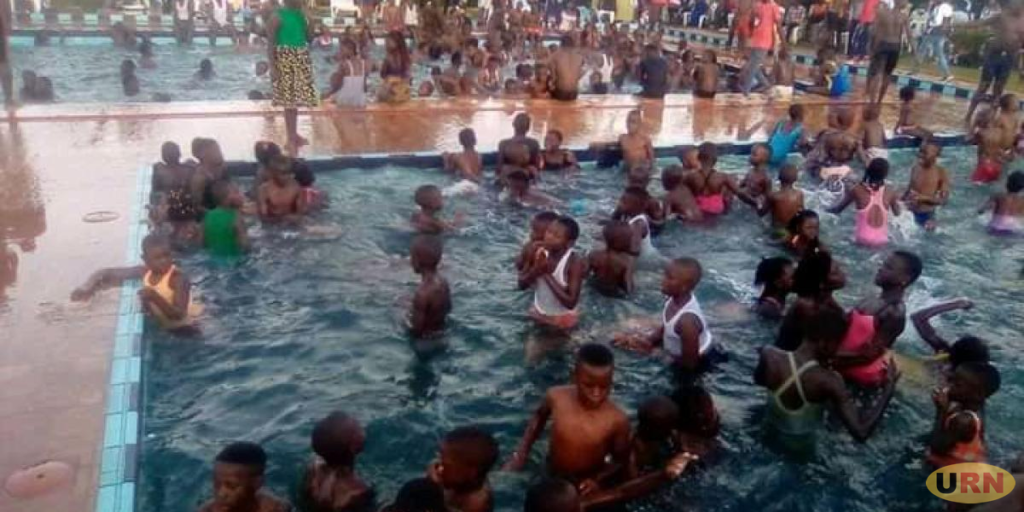 Mukono Police retrieved a body of 16 yr old   who is believed to have drowned in a swimming pool during Christmas night festival which was organized at Summer Gardens located at Wantoni trading center in Mukono Municipality.

The deceased has been identified as Irene Nakibuuka, 16, a resident of Ssaza village located in Mukono, Municipality. According to Shamim Nakibuuka a family member, the deceased together with her younger siblings went to attend a Christmas festival that was organized at the said gardens.

The Deputy Kampala Metropolitan Police Spokesperson Luke Owesigire says that the body has been discovered today, Boxing Day, by Robert Omoding who is a watchman of these gardens while making a routine checkup of the place.

He further notes that the body was removed from the swimming pool and taken to the city mortuary for a postmortem. Our efforts to speak to Olivia Ssempangi the Summer gardens owner remains futile after she has declined to pick our telephone calls. It is not clear how the entertainment place was opened to the public contrary late at night contrary to curfew rules and why so many people were so closely packed together without any PPEs and in contravention of the Ministry of Health guidelines. It is also not clear why the minors were out late alone under curfew.

Owesigire says currently the place is closed until investigations are done.

However when we visited these gardens on Boxing day it was at full capacity with people enjoying music and others were busy swimming in the same swimming in which the deceased body was found.

After local leaders complaining to various security agents, police managed to close it at around 7:40pm but up now it has not made any arrest of top management of these gardens.

Residents at Wantoni trading center observed that the place was open for revelers since morning on Christmas day with the crowds, though nobody notified the police.

Charles Jingo, one of the residents says that on Christmas the gardens were packed with people and each was charged 5,000 shillings for entry.

Many of them entered to swim while other entered to enjoy drinks. He suspects that the deceased could have ended up falling in the pool during mid night stampede when police was dispersing revelers to leave the place.