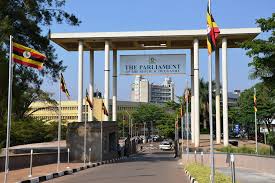 The Ugandan Parliament has commemorated the first ever Centenary celebration of Legislation.Yesterday afternoon in a special sitting of the 10th Parliament chaired by House Speaker Rt. Hon. Rebeccah Alitwala Kadaga, a motion for resolution of Parliament to commemorate the 100years of the existence of Uganda’s legislature has been moved by Budyebo County Constituency MP Hon. Wilson Muruli Mukasa and seconded by a whole house.