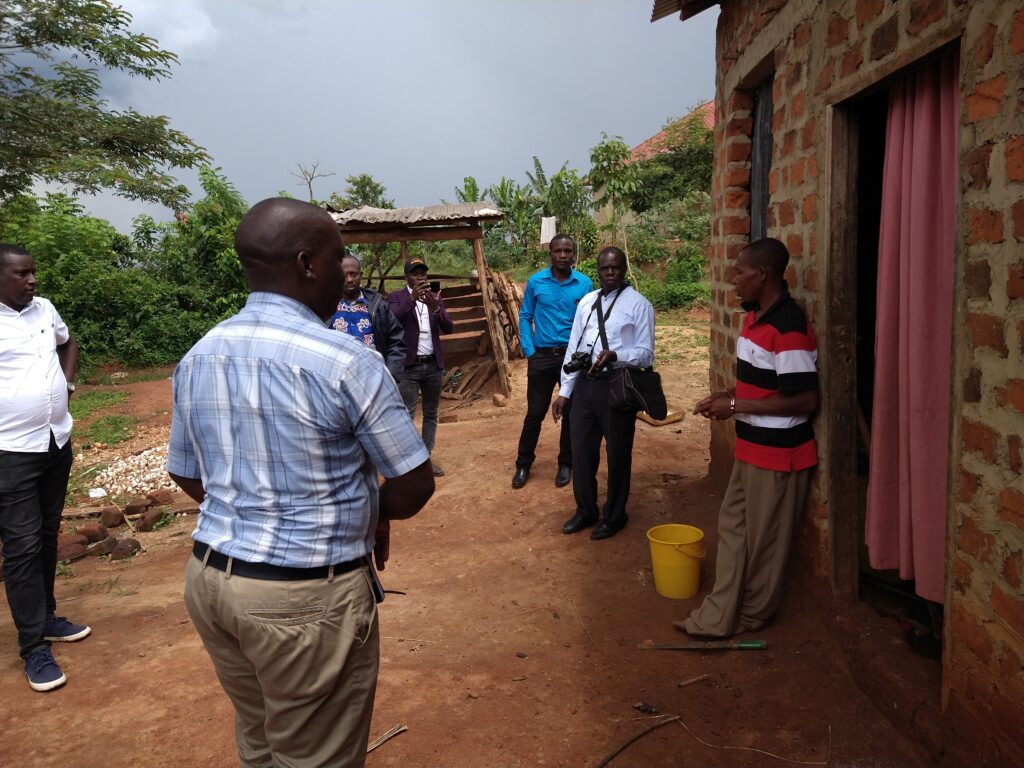 Nagalama police division in Mukono district has arrested a domestic worker at the ancestral home of the late Archbishop of Kampala Dr. Cyprian Kizito Lwanga.

Dominico Kakooza is suspected to have been in connection with the panga-wielding thugs who broke into one of the rooms at the late Lwanga’s premises.

According to Luke Owoyesigyire, the Kampala Metropolitan deputy spokesperson, the incident took place on Friday, April 16, 2020, around 1 am.

The territorial Police of Nagalama are investigating an incident of an aggravated robbery that occurred at around 1 am at the ancestral home of the Late Archbishop Cyprian Kizito Lwanga located at Kyabakadde village, Kyabakade Parish in Kyampisi Sub-county, Mukono District.

According to one of the Kyabakadde home occupants, “the men were 15 thugs in number they had pangas, sticks and breaking implements.”

Fred Mulumba the immediate neighbor to Lwanga’s premises, narrated to us that they were amused to see police officers patrolling their area in the morning,

The Kyabakade local area chairman Patrick Jemba said that there is a lot of insecurity in Kyabakadde village. People’s houses are always attacked in the night.

Jemba called on the government to continue the deployment at the Archbishop’s ancestral home.

The thugs robbed mobile phones, cash totaling to Shs250,000 from two victims, The suspects later tied the victims before they fled. Police have since recovered some exhibits from the crime scene and also arrested a suspect. Said Luke. Owoyesigyire,