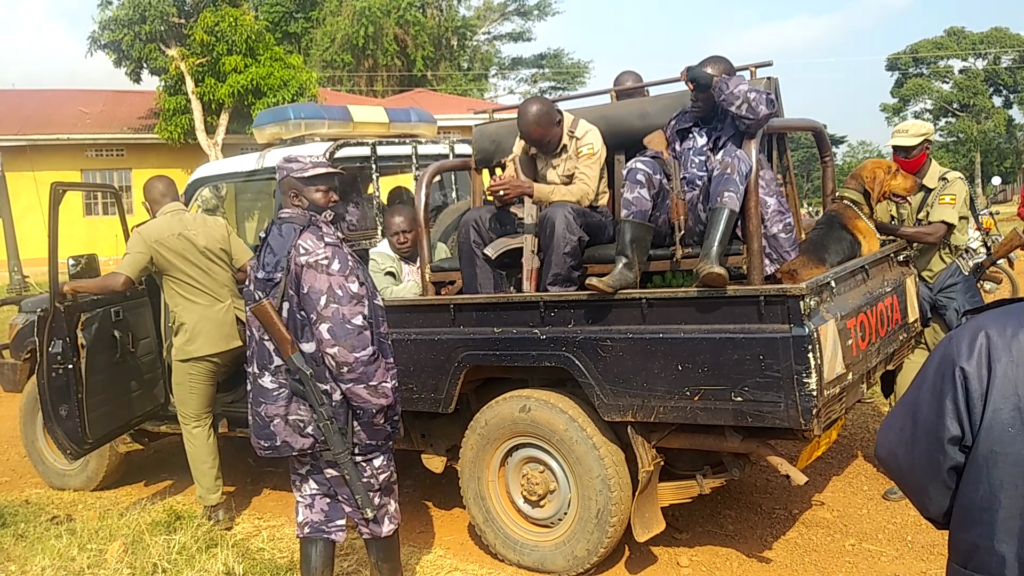 Police in Mukono district under the command of acting DPC Ismael Kifudde, have arrested two men to help in the investigations in the midnight robbery at the YOSHI factory.
This comes after unknown men armed with Pangas stormed YOSHI poles factory, the makers of concrete electric poles in Ntenjeru Kisoga town council, stealing Shs 9 million and other valuable items like a flat screens and Golden jewelries.
Police brought it’s sniffer dog that went straight to the homes of the two arrested suspects, they also conducted a thorough search in the houses.
The robbers, who were six in number armed with machetes, ganged up and attacked the three factory security guards, tied them up with ropes and disarmed them.
“They made a surprise attack on us, tied all of us, took away the gun from our colleague, then they used a gun against our Indian bosses, and forcefully asked them for the money” Said Phillip Obonyi, a security guard.
The resident pointed out that they live in fear, because very many people have gathered in the area to work at the factory.
“We used to stay in harmony in our village but now the wrong doers might be among these people we don’t know where they came from.” Said the residents.
The Ntenjeru village chairperson, Gitta Kyaasa noted that this kind of lawlessness in the area, is due to huge numbers of unemployed youths in the area.
Mukono district police commander, Ismael Kifudde confirmed the arrest of the two people, Kifudde partially blamed the investors for not being security conscious because the area is next to the forest.
“I want to advise these investors to install security cameras around the factory and also construct a perimeter wall to avoid such incidents” Kifudde warned.
The two suspects are taken to Mukono police custody.