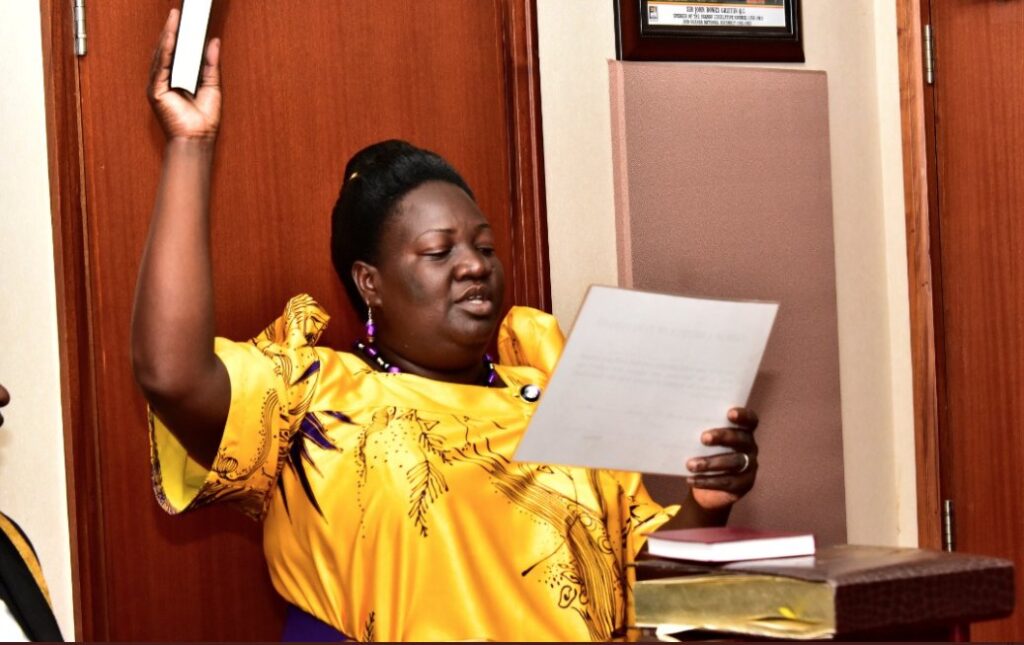 Jacob Opolot the Pallisa County MP said that they are yet to find out the cause of death. He says that her death is a shock since she hasn’t been sick.

Hellen Kawesa the assistant director communication & public Affairs of parliament says that parliament will issue a statement regarding Alupo’s death. She says the cause of death is still being investigated.

Alupo came into parliament in June 2018 after the former Forum for Democratic Change’s (FDC) Woman MP candidate for Pallisa, Catherine Achola was disqualified by the Electoral Commission from the race on grounds that the names she had used for nomination do not tally with those on her academic qualification.

WHO IS FAITH ALUPO

Faith Alupo (9 October 1983 – 15 September 2020) was a Ugandan politician who served as a Member of Parliament, representing the Pallisa District. She was elected to that position in June 2018.

Alupo was declared and confirmed the new Member of Parliament for Pallisa district under the ruling National Resistance Movement party after Achola Catherine Osupelem, the Forum for Democratic Change (FDC) Woman Member of Parliament Candidate for Pallisa district was disqualified by the electoral commission from the race for using nomination names that did not tally with those on her academic qualification. This was communicated in a letter dated and signed on the 14th July by Justice Simon Byamukama.

Alupo was married and had a professional background in social work. In 1997, she completed her Primary Leaving Examinations at Pallisa Girls Primary School. In 2001, Alupo attained her Uganda Certificate of Education at Pal and Lisa College. In 2003, she obtained Uganda Advanced Certificate at MM College Wairaka. She completed her Bachelors Degree in Social Work and Social Administration at Uganda Christian University, Mukono in 2007. After four years (in 2011), Faith joined Law Development Centre, Kampala and attained Certificate in Law.

Between 2007-2008, she began her first job as a field worker at the Office of Probation found in Makindye Division. From 2008 to 2009, she worked as the field interviewer at Uganda Bureau of Statistics. From 2010 to 2011, she started working at the Sub-County level as the Election Officer at Electoral Commission, Pallisa. From 2018 to 2020, she served as a Member of Parliament at the Parliament of Uganda.