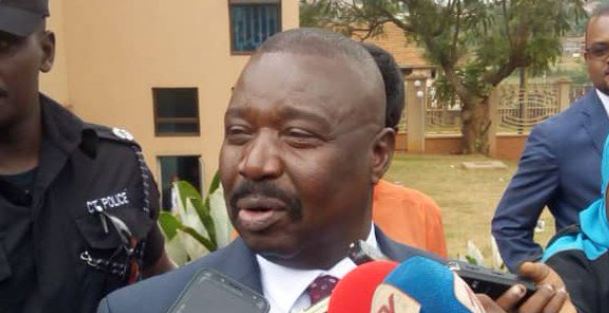 State Minister for Labour, Mr Mwesigwa Rukutana has been granted bail after spending 10 days in prison.

He’s facing charges ranging from attempted murder, assault, malicious damage to property, and threatening violence, following an incident where he allegedly shot and injured a one Mr Rweiburingi in an election-related brawl.

Ntungamo Magistrate’s Court presided over by Ms Sara Mponye Kolya on Tuesday granted a Shs4 million cash bail to Mr Rukutana and bonded each of his four sureties at a non-cash bail of Shs50 million.

“Basing on the cases here quoted, the fear by the state that the accused would interfere with investigations can’t override his civil liberties. All the offenses are personal in nature and the complainants are all from one village, the state has been given enough time to investigate. For me the sureties presented are all substantial,” Ms Kolya ruled.

Speaking at a press conference earlier today, the former Makerere Lecturer told the excited supporters that like he had promised to announce a “winner and not a leader” he has honored his promise and announced Minister Rukutana who polled the most votes.