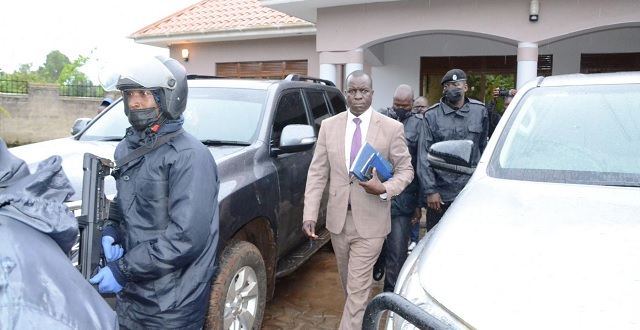 Fort Portal city clerk Moses Otimong was on Thursday arrested for alleged abuse of office.
Otimong was arrested on the orders of the Deputy Inspector General of Government, Anne Twinomugisha Muhairwe. Muhairwe was in Fort Portal for a public hearing that was organized by the office of the IGG.
According to Ali Munira, the spokesperson of the Inspectorate of Government, during the public hearing, they received several complaints about Otimong. Munira says that he was accused of corruption, mismanagement of public funds, and misuse of office.
According to Munira, Otimong had been invited to be part of the hearing but did not attend claiming to have traveled to Kampala to meet the Permanent Secretary Ministry of Local Government. But it was later established that the Permanent Secretary wasn’t expecting him.
Otimong was briefly detained in the office of the IGG in Bukwali, where he was interrogated. He was later handed to police and detained at Fort Portal police station.
Munira says that the IGG will commence investigations into the allegations against Otimong.