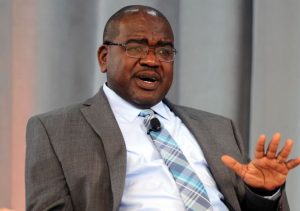 Zambia’s Anti-corruption Commission has arrested a former Health minister Chitalu Chilufya and four others for an alleged corrupt deal worth nearly $18 million.
Chilufya allegedly defrauded the government in a deal to buy health kits worth nearly $18 million. He was arrested and charged Wednesday along with four others — the ministry’s former permanent secretary and three directors of the Honey Bee Pharmacy company.
They denied the charges and were released on bond until the case goes to court. Chilufya was arrested for alleged corruption in 2020. The charges of purchasing shares and property with proceeds of crime, which he denied, were later dropped.
Separately, Zambia’s Drug Enforcement Commission (DEC) on Wednesday detained opposition politician Kelvin Fube Bwalya for failing to report a suspicious transaction. He also denied the charge. Wednesday’s arrests are the latest in a Zambian government campaign to crack down on corruption. Critics say the campaign is being used to target and intimidate political opponents.
Numerous officials who served under former President Edgar Lungu have been arrested and his family has been questioned. In July, Zambia’s anti-money laundering agency questioned former first lady Esther Lungu over her ownership of 15 luxury apartments, but no arrest was made.
Current President Hakainde Hichilema has denied allegations that his fight against corruption is targeting opponents. Hichilema defeated Lungu in the August 2021 election, in part because of his promises to crack down on fraud and government waste. So far, there have been many charges and investigations in the anti-corruption campaign, but few convictions.