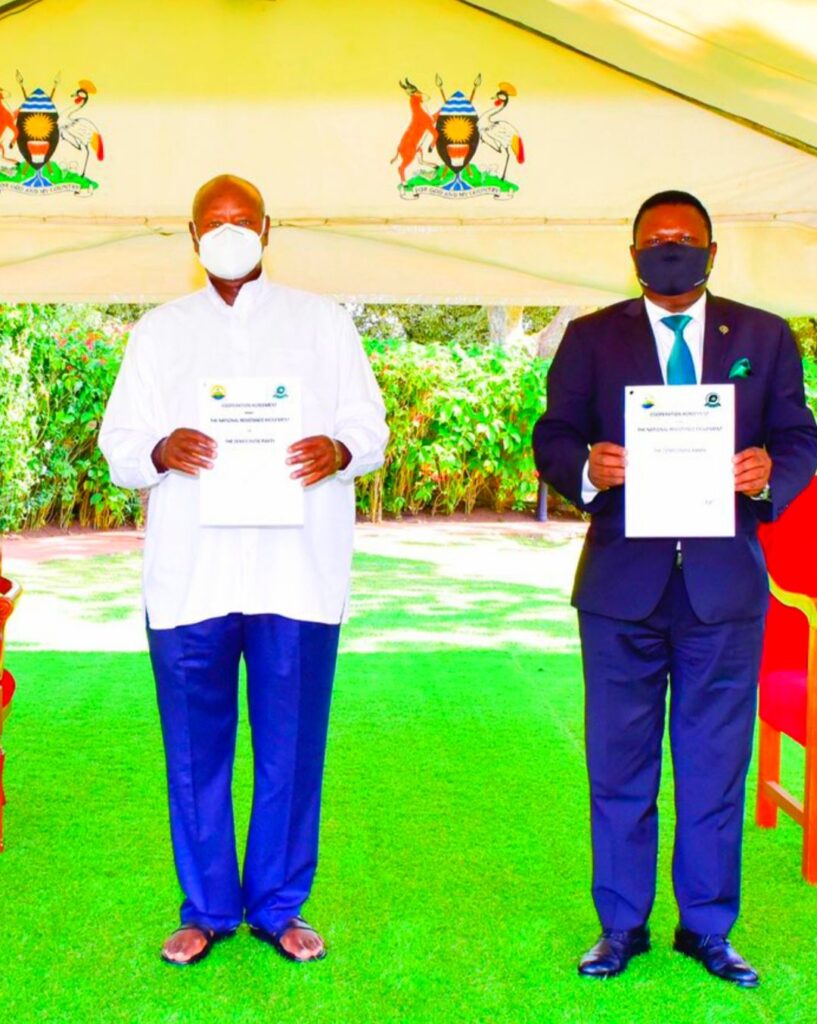 Opposition leaders have reacted to the working cooperation agreement signed between President Yoweri Museveni and Norbert Mao.
Last evening, the National Resistance Movement (NRM) party chairman, Museveni, and Democratic Party (DP) president Mao held a meeting at State House, Entebbe. The two parties signed a cooperation agreement.
Mao said that the cooperation is a continuation of the journey that started before many of them were born and asked Museveni to make use of the historical opportunity to gather patriots that are scattered all over the country.
The move has massively grabbed attention, with many opposition leaders and supporters aiming a dig at Mao.
David Lewis Rubongoya, the National Unity Platform (NUP) Secretary General, said that Mao’s pretense has finally been exposed.
“The pretense is over. This explains the attacks on NUP. I hope this clears the air for those who always ask about “opposition unity” in Uganda.
Like I have persistently said, the mistake some analysts make is to assume that everyone who calls themselves opposition is actually opposition,” said Rubongoya.
NUP spokesperson, Joel Ssenyonyi, sarcastically reacted to the development.
“The” cohabiting “has ended. Here is the “wedding,” said Ssenyonyi.
Former presidential candidate, Maj. Gen. Mugisha Muntu believes that the opposition cannot disappear because of Mao’s move.
“President Museveni thinks that the ‘opposition’ is opposition parties. Even if all the current political parties in Uganda are swallowed, new ones will emerge to build on the growing countrywide opposition, “said Mugisha Muntu.
However, Muntu is eager to know the contents of the cooperation document between DP and NRM.
Opposition strongman Kizza Besigye briefly reacted, “Hmmm! Kale, bye.”
Just like Besigye, Mukono Municipality legislator, Betty Nambooze posted saying, “Nze simala gogela.”