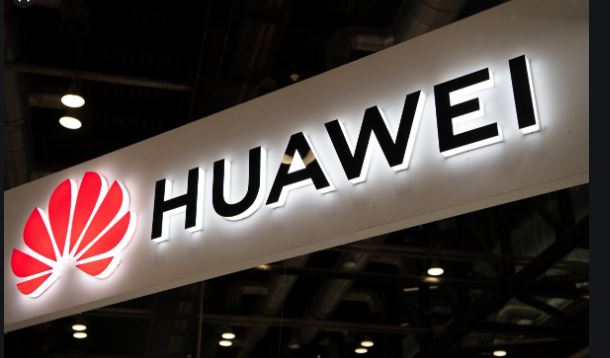 The United States ban on Huawei is not greatly about cyber security and national security concerns as continuously stated. It’s all about the state of 5G leadership in the world to cripple the Shenzhen based technology company Huawei, from dominating the world’s networks with its state of the art 5G architecture and equipment.

In May 2019, the United States Department of Commerce added Huawei on an entity list.

Even with cyber security and national security as the top claims banning Huawei from the Central North American country, the U.S. further extended Huawei’s ban to May 2021, after a full year of compliance and no-Involvement in the country’s business and tech ecosystem.

This proves that cyber security is not the core claim, given the time frame of the ban, but rather a goal to limit Huawei from procuring necessary components to up its 5G division, and general technology equipment catalogue.

As a result of the ban, Huawei, as a fast pace company, has since 2019 devised ways to serve its customer base and continue to blend as a 5G industry leader. The company’s roadmap includes, a custom operating system to power its smartphones; HarmonyOS, and procurement of technology components from other countries and suppliers like Samsung in South Korea.

In the light of the current COVID-19 pandemic, the unilateral changes of trade rules by the U.S. will hurt the world’s efforts in recovering the economy in the post covid-19 world.

With the new rule, exported semi-conductors and technology equipment would require a company to request for authorization before using the specified technology.

By way of example, the new rule is an equivalent of noting that a company is not allowed to make face masks during the coronavirus pandemic, because a pair of American scissors are used in the mask production line, unless initially approved to do so.

But given the highly interdependent semi-conductor industry with no room for a country or company to build a vast supply chain of its own. These changes would further deteriorate the already hard-hit global economy that requires urgent need for an open, collaborative, and yet stable global value chain.

In opposition to the U.S. proposed changes in export controls that would give Huawei a clear signal to move-on to other suppliers, SEMI—A Global Industry association serving the electronics manufacturing and design supply chain, through its President Ajit Manocha wrote to President Donald Trump on how the new rules would harm chip making exports that bring-in over USD$20 billion in revenue annually.

“The move will serve as a disincentive for further investments and innovation in the U.S. and lead to the design-out of U.S. technology and components ” Manocha wrote.

He further noted that, the potential to create uncertainty for supply chains critical in the current COVID-19 pandemic fight, require steady unity. With an upper merit, top exported-to companies like Huawei would devise new ways to procure if not manufacture chips in several countries including China, in a bid to stay blind from US suppliers of semiconductor design tools and production equipment.

In the shadow of cyber security claims by the U.S. that Huawei has continuously denied, the twist in export rules continues to justify the competition scale in 5G leadership in order to give U.S. companies, and its allies an advantage to participate in the 5G race.

In admission, the U.S. Attorney general William Barr remarked during the China initiative Conference by the Center for Strategic & International Studies (CSIS), that Huawei as a leading 5G supplier on every continent except North America would need to be slowed down, in order for local companies to join the leadership race.

5G Infrastructure business relies on radio access network (RAN) facilities, and now, China’s Huawei and ZTE are the world’s leading RAN suppliers taking a lion share of 40% with aggressive attempts to pursue the balance shared by Finland’s Nokia with 17%, and Sweden’s Erickson rocking a 14% share, among other suppliers.

Hence, with currently no American Company dealing in 5G equipment, a need to slow down Huawei as the industry leader would buy private companies more time to encroach on a Hyena’s share as AG William Barr added.

“Within the next five years, 5G global territory and application dominance will be determined. The question is whether, within this window, the United States and her allies can mount sufficient competition to Huawei to retain and capture enough market share to sustain the kind of long-term and robust competitive position necessary to avoid surrendering dominance to China. The time is very short, and we and our allies have to act quickly.” Said William Barr

However, the limitations pounded on Huawei branded with cyber security, not only affect its drive to 5G leadership, but also delay 5G roll-out in African countries and U.S. allies like the United Kingdom.

Currently, several countries have tested, but not fully implemented 5G due to the low rollout rate. In Africa, MTN tested 5G in South Africa, Uganda and Nigeria, as Kenya’s Safaricom prepares to fully implement the network standard with Huawei as its supplier of choice.

So, as the U.S. continues to shatter Huawei’s path to 5G dominance, its competitors are focused-on, as the potential drivers to share a path ruled by the 5G giant. As a matter of fact, the U.S. ban has continuously forced Huawei to seek a new path with non-US suppliers due to tightened license requirements.

With alternative paths off the U.S. road map shining to Huawei, Continuous bans, and subsequent cyber security claims could soon have zero effect to the company’s future. Identically, Huawei’s continued evolution for custom systems in its enterprise, cloud and customer delivery divisions continue to give it an advantage in the 5G sphere amidst any future claims tagged to the company.

So, discriminating a company with claims by its country of origin is wrong for the future of 5G. Let alone, the value Huawei creates for its customers and clients evidenced by its market value and performance is outstanding.

Henceforth, the United States could be in a tough trade-war with China, but the involvement of creatively fast evolving companies like Huawei (Important to its supply chain) in subsequent bans, and false claims to scare its allies, simply confirm that the US is shooting itself in the foot, but not realizing it at the moment.