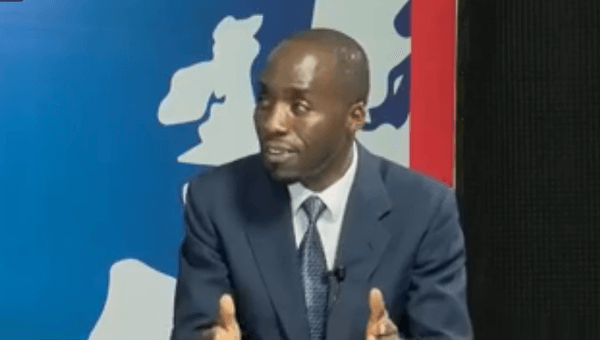 Your excellency, receive warm greetings from your Muzukulu Muhimbise George & allow me to congratulate you for ending the year 2021.

Your excellency, I know you have ended this year a happy man having further entrenched yourself in power through a stage managed election where you never followed your own set rules & indeed the end justified the means!

Your excellency, allow me to remind you that your declaration as a winner in the last elections was at the expense of lives of young people whose aspirations were shuttered after being sentenced to death by your brutal security forces.

Those who died in politically orchestrated violence left orphans screaming for justice, the tyranny you exposed to them left them horrified & their future uncertain.

Your excellency many other young people were picked by your soldiers put in drone cars & to-date their whereabouts are unknown. Efforts to locate them by family or friends have been futile, their children in misery, their wives & elderly mothers helpless, to mention but a few.

I beg that you forgive them because they were mislead that under your rule, democracy works, which tempted them to exercise their constitutional rights, forgetting that you have since defecated in the constitution & rendered it useless!

Your excellency, we saw the fishermen you appointed in cabinet & we were not surprised after all under your rule competence was buried long ago & replaced by patronage, royalty and sycophancy!

Your excellency, the stimulus package you sent to help businesses recover & the billions injected in emyoga were all shared amongst your cadres as the leaders turned dealers kept mute & this was evidenced when MPs visited several emyoga groups. The ordinary Ugandans & genuine business people are still living on their own!

As if that was not enough, your fishermen never delivered the 20 billion that you gave to private school teachers to help them restart their lives. Whereas if you divided 20 billion to 350,000 teachers each would get 57,000=, we acknowledge that it’s the value you attach to them but even small it is, I wish to report to you that the teachers have never got that money!

Your excellency, like you deployed the military in Kayunga by-election & the NRM candidate was announced winner even when he had lost, kindly deploy your SFC soldiers at the Ministry of Finance until teachers money is seen!

Your excellency, the school proprietors have been chocking with debts, unfortunately when they ran to your Finance Minister Kasaija, he advised them to sell the schools if they can’t afford to run them. I know your excellency that your corrupt officials whom you praised for investing their loot in Uganda are ready with the stolen Covid cash waiting to buy off these schools at a cheap cost courtesy of your bad policies!

Your excellency, it’s now a year since you locked Facebook, on top of introducing tax on data, which frustrated our business even when you told us to do business online! Your excellency, I wish to report that many of your bazukulu who used to advertise their products through Facebook can no longer do so because of the limitations posed by your actions, kindly open social media so that your bazukulu can survive!

Your excellency, allow me to remind you that the MPs passed a law in which NSSF savers who have saved for 10 years & are above 40 years of age can access 20% of their savings. Sir we are anxiously waiting for you to sign this bill into law so that people can be able to pay fees when schools open next month, after all we are told that the needed money is only 900 billion, which is your pocket change, far less than seven trillion which you passed this year for classified expenditures!

Your excellency this year you opened another can of worms on Buganda Kingdom regarding mailo land & intriguingly appointed two Baganda land ministers to fight their own kingdom in a mode of using a slave to arrest a fellow slave.
There are more pressing needs than mailo land, I request that in 2022, you drop that idea!

Your Excellency, You also proposed removal of bail for capital offenses, but from the statistics we actually realized the problem is about the incompetence & poor facilitation to the police, prosecutors & courts of law rather than bail & so we ask you to drop that bad law & instead strengthen your own institutions.

Your excellence in 2021 the usual pigs kept killing our people in Masaka & in Kampala despite your continued empty threats. As we enter 2022, we ask that you use your power as sabalwanyi to arrest all the pigs & bring the country to order. The ghosts of Kirumira, Abriga, Joan Kagezi and Afande Kawesi are still crying loud in their resting places, they are yet to see you convict the pigs!

Your excellency, recently we jumped into another military adventure in DRC on an alleged hunt for ADF rebels, the last time we went there, our soldiers including your own brother Salim Saleh went on a looting spree in which DRC’s wealth was plundered & the cost was put on Ugandan tax payer! we hope this time the same thuggery will not happen!

Your excellency, your RCC of Kampala Hood Hussein is on rampage brutaliry sending away hawkers from streets, these have been shuttered by Covid 19, & it would not be the right thing to do in such hard times! These hawkers are products of a dead UPE & a generally poor education system headed by your wife that focuses on quantity and not qualify, they sold their land to acquire education, later to come out without getting jobs!

Lastly your excellency, we see a number of idle bootlickers promoting & pampering your son Muhoozi to take over from you, whereas it’s his constitutional right to dream of being President, I wish to tell you that Uganda is not a monarchy. Aware of the struggle you went through to capture power, educate your son that he will not be given power on a silver plate after all power is not genetically transferable