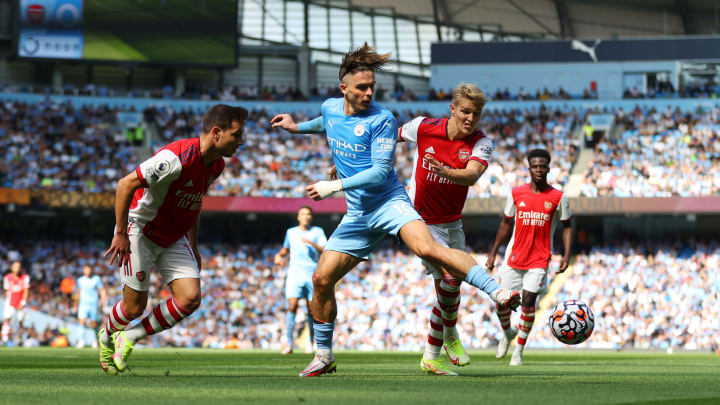 Arsenal have lost their last nine Premier League games against Manchester City since a 2-2 draw in April 2017 – it’s their longest ever losing run against an opponent in their league history.

Man City have won each of their last four away league games against Arsenal, by an aggregate score of 9-0. It’s as many victories as the Citizens had picked up in their previous 50 league visits to Highbury/Emirates Stadium combined (W4 D14 L32).

Manchester City have won seven of their last eight Premier League games on New Year’s Day, with the exception being a 1-0 loss at Sunderland in their title-winning season of 2011-12.

Arsenal have won each of their last five Premier League home games, keeping a clean sheet in each of the last four. They last won five in a row without conceding at home in the competition between January-April 1999.

There have been 16 occasions of a team winning 10+ consecutive Premier League games, with Manchester City responsible for more of those than any other side (5). On each of the previous four occasions the Citizens have won 10 in a row in the competition, they’ve gone on to win their next game.

Arsenal midfielder Emile Smith Rowe has scored in each of his last four Premier League appearances, and a goal here would make him the third youngest (21y 157d) player to score in five in a row in the competition for any side, after Nicolas Anelka in 1998 (19y 239d) and Jose Antonio Reyes in 2004 (21y 10d).