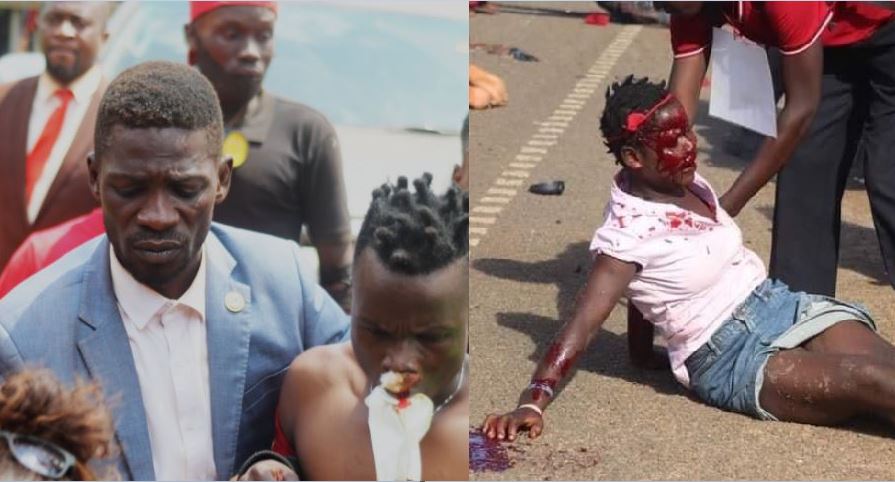 At least one person is confirmed to have died and several others, including a police officer sustained injuries as police violently dispersed National Unity Platform (NUP) presidential contender Robert Kyagulanyi Ssentamu aka Bobi Wine’s supporters.

One man who is yet to be identified was reportedly shot in the head and others suffered accidents as they scampered for their dear lives after police shot bullets and teargas to stop them from crowding around Bobi Wine, who was scheduled to hold a rally in the area.

The injured include Bobi Wine’s music producer Dan Magic, a police officer only identified as ASP Kato, who heads the security team that the Electoral Commission assigned Bobi Wine, among several others, who were rushed to Nazigo Health Centre for quick medical attention.

While speaking to the media, Bobi Wine  called upon the Electoral Commission Chairperson Justice Simon Byabakama to either come out and condemn what is going on or resign from his office, instead of turning a blind eye and deaf ear to the suffering of innocent Ugandans.

However, the police had not yet revealed why they stopped Bobi Wine from holding a rally in Kayunga or how many people had actually died by press time, although we shall bring you the details as they come in.