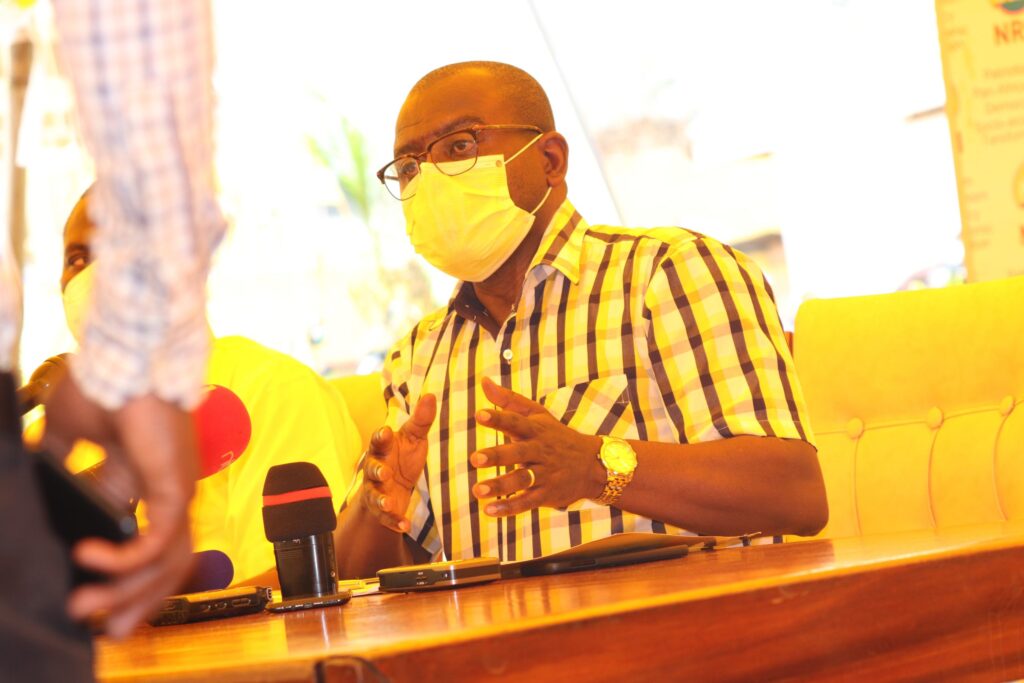 The National Resistance Movement party’s legal director, Oscar Kihika has assured Ugandans that the party will do what it takes to defend Museveni’s victory in a petition in which the National Unity Platform (NUP)’s Robert Kyagulanyi  is seeking the annulment of the election of President Yoweri Kaguta Museveni in the January 14 presidential election.bit.ly/bettingoffersug

Kihika, who was addressing journalists together with his communications counterpart Emmanuel Dombo, asked the public not to undermine such petitions saying that, a person who files a presidential petition should be treated serious.

“It is someone’s right to exercise their constitutional rights and a petition of this nature is not a simple one given that a lot of work will have to be presented,” Kihika said.

He added that this petition is unlike other presidential elections petitions since the Constitution was amended to create a tight timeline of 45 days in which the petition has to be heard from the day it was filed.

Kihika explained that such petitions can not be handled by an individual or a single law firm.

“Let no one deceive you that one lawyer will sit and defend a party in such a case. You can see the number of law firms that the petitioner involved. They are five in number. Therefore, we also have a little bit more number of law firms with around 40 lawyers,he said, adding: “Although what we have chosen to do as required by law, is to collectively decide that our address of service is going to be K & K Advocates.”.bit.ly/bettingoffersug