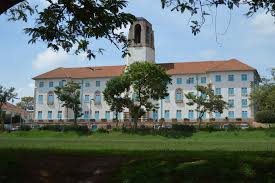 There is a bitter standoff between lecturers at all government universities in Uganda and officials at the Ministry of Education and Sports, which has resulted into a massive protest.The impasse stems from the salary increment that was promised to these lecturers by President Yoweri Kaguta Museveni in 2014  but to date they have never received it.As a result of this, lecturers at Makerere University, Kyambogo University, Makerere University Business School, Gulu University, Muni University, Soroti University, Mbarara University of Science and Technology,  Kabale University and others have been on strike for over a week now, having started it on February 6th, 2021,  and have since vowed  not to teach the continuing students that are resuming studies in March.They have since vowed not resume  teaching until the government, through the Ministry of Education  and Sports and the Ministry of Finance, fulfill President Museveni’s pledge of increasing their salaries.Robert Ojambo, the spokesperson for lecturers at government universities, said that some lecturers are being intimidated by certain people, who tell them that if they don’t resume studies they will face trouble, noting that intimidation will make them alter their decision.“We made this decision as we, the concerned academic staff. We were supposed to  start the strike last year, but because of the effects of the COVID-19 pandemic we decided to suspend  it. When the President said finalists should resume studies, we postponed  the strike again until they completed their exams,” Ojambo said He added that now that the finalists are done with their exams the lecturers will not teach the continuing students because they have waited for years without receiving their increment.Ojambo also revealed that they have since written a petition to the Ministry of Education and Sports, giving reasons why they decided to stage the strike and their demands.However, speaking about the massive strike at government universities, the State Minister for Higher Education, Dr. Chrysostom Muyingo, told the media that he will only comment about the lecturers’ matter after reading the petition they sent to his office.It should be noted that these lecturers, who are over 2,000, demand monies in the excess of Shs125Bn, which was promised to them by President Museveni as salary increment.

The elitenews  has since established that last year the government disbursed Shs50Bn to clear the huge outstanding wage bill but the money was shared mainly by senior officials and administrators at their universities, leaving the lecturers yawning.