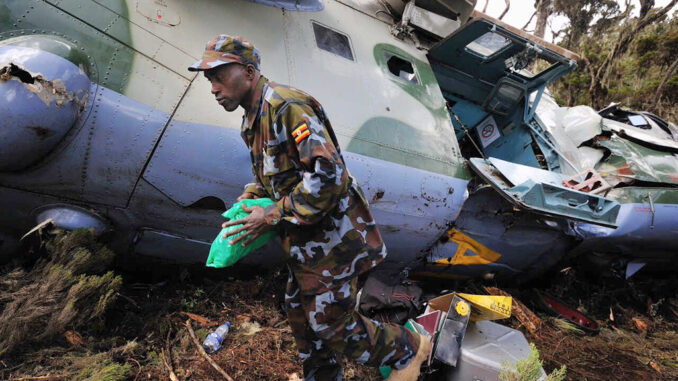 At least Uganda Four Soldiers confirmed Injured in Helicopter Crash in Somalia in Balidogle in the Lower Shabelle region of Somalia on Friday.

A Helicopter on a mission to support AMISOM troops crashed soon after take-off in Balidogle in the Lower Shabelle region of Somalia on Friday.

All four soldiers aboard the helicopter were rescued and are in a stable medical condition.bit.ly/bettingoffersug

Amisom said the aircraft belonged to the AU mission’s Aviation Unit from the UPDF.

The UPDF deployed choppers in Somalia in July last year to help in the fight against Alshabab militants.