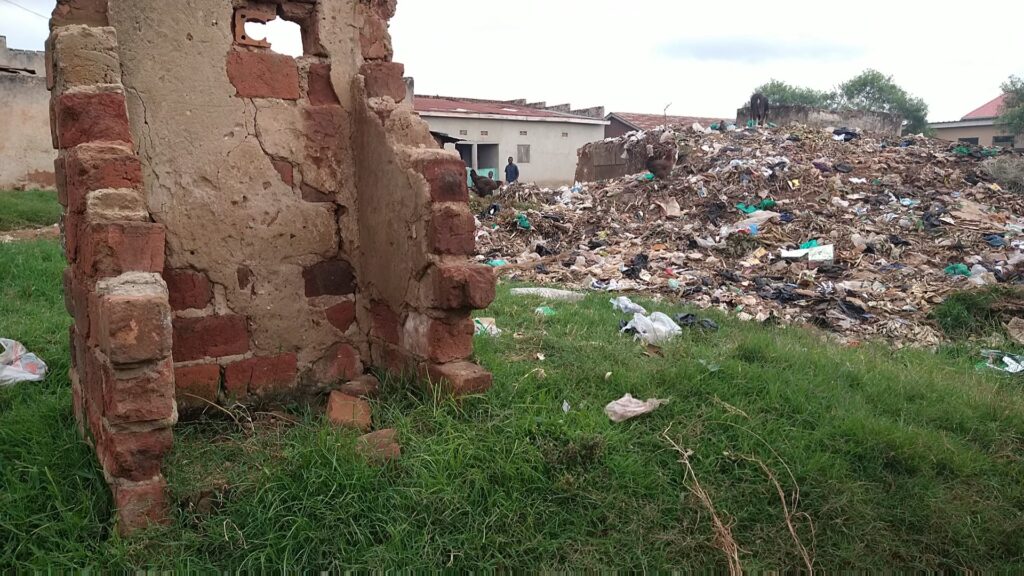 Residents of Nkokonjeru town council in Buikwe district have raised concern over poor solid waste management and sewage disposal. This they say is putting their lives at risk. The town is characterized with littered heaps of garbage, human excreta in polythene bags, old dilapidated pit latrines and animals loitering through the town.

The situation is worse in the areas of Namaliiri, Kigulu, Mulajje and Nkokonjeru Central, one is welcomed by a stench from the decomposing waste from heaps of garbage with a swarm of flies.

But because of the poor garbage collection and disposal of solid waste, the public is accusing leaders for taking too long to respond to the garbage crisis.

While they blame the leaders, many traders and town dwellers do not empty their already filled up pit latrines in addition to dumping wastes everywhere.

Fred Ssebaale, the Nkokonjeru town health inspector says, their operations are in most cases hindered by non-compliance and sabotage from politicians.

“People don’t comply with the laws put in place and when we implement the laws the politicians come in for their unknown ambitions” Ssebale said.

The Nkokonjeru town clerk Kawuma Ronald, noted that the challenge is that the Government delays in remitting the local revenue collected to the lower local governments.

“We do collect taxes from traders the we send the collection, to government bu the CV challenge is government delays to send back the money to lower local governments, now we are in the third quarter and the money is not seen and our budgeted programs are on standstill”. Revealed the town clerk.

Mr. Ssentongo Ssali Bazitya the newly sworn in Nkokonjeru town chairperson says that they lack garbage collecting trucks and a dumping center in the town council.

The council is going introduce the monthly general cleaning policy, and also sensitize people on proper waste management, as they lobby from the central government to provide them with the necessary garbage collecting equipments.

With the growing population of 10000 people, the town leaders are supposed to clear over 15 tons of garbage after every two days which is not possible.