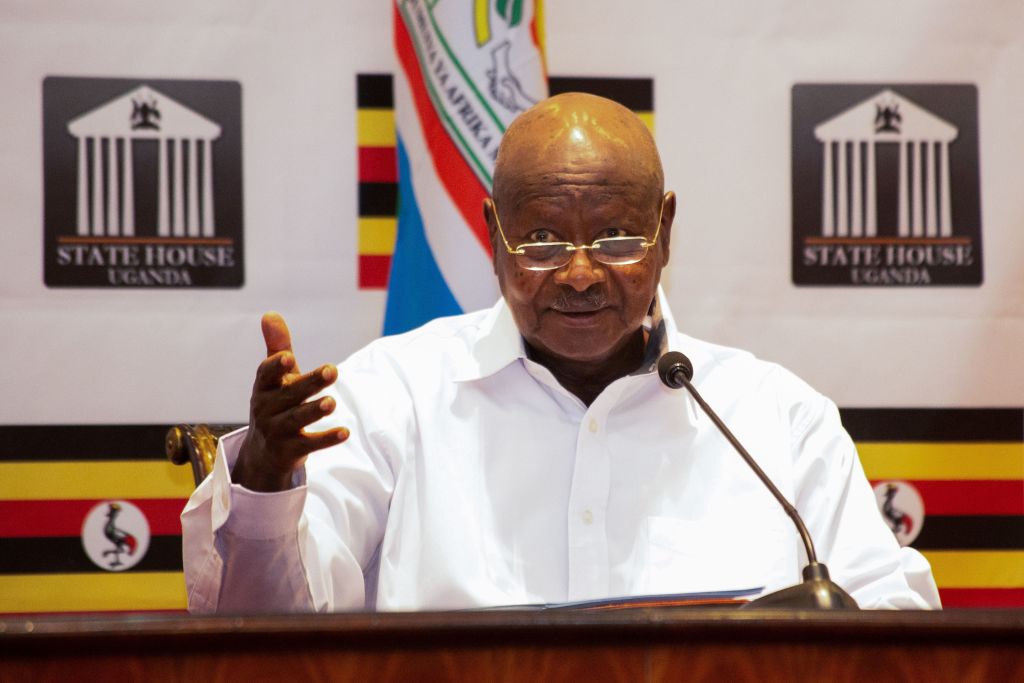 President Yoweri Kaguta Museveni has warned Ugandans who do not have serious business in Kampala and Wakiso to stay away from them, as a measure of curbing the deadly second wave of coronavirus.

Museveni was on Saturday evening appearing on all Radio and Tv stations to update the nation on the COVID-19 current situation in the country.

Assessing a map showing the distribution of COVID-19 cases in the country, the president noted that a big portion of the country has very few cases while Kampala and Wakiso Districts have the high infections.

Museveni said with people from the safe zone in the countryside coming to the city, they are more likely to import the virus to those areas.

Museveni blamed the rising numbers of cases in these areas on negligence by the city dwellers that he said have ignored the recommended personal preventive measures against COVID-19.

Before his address, many people thought that the president was likely to impose another lockdown to contain the new infections. To their surprise, Museveni said he had just come to sound a warning to the whole country.

Museveni noted that on Wednesday next week, he is going to convene a full scale national COVID-19 task force, which will recommend several preventive measures to curb the further spread of the disease.

The president said the agreed-upon guidelines will be fully implemented to avoid choking the health system with many cases. He also added that while the numbers are increasing, the situation is still manageable.

Museveni said the use of vaccines is the most effective way to control the disease. Since vaccines are the best option of fighting the pandemic.

President Museveni says that manufacturing countries like India should reconsider the ban slapped onto the exportation of vaccines since such acts undermine international cooperation.

Uganda has registered a cumulative figure of 46,623 covid19 cases. Out of which 43401 have recovered while 362 have died. However, it was noted that nearly 600 of the new cases are contacts and alerts registered in Kampala and Wakiso districts.