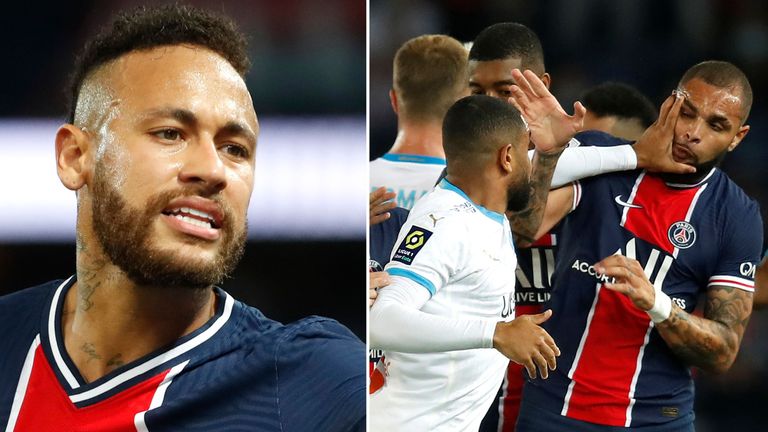 Neymar accused Marseille defender Alvaro Gonzalez of making a racist remark towards him after he was sent off for hitting the Spaniard.

The Brazilian was one of five players sent off in stoppage time of the Ligue One game between PSG and Marseille at the Parc des Princes.

VAR was used by the referee in the 99th minute, with footage clearly showing Neymar striking Gonzalez in the back of the head.

However, upon leaving the field, he told the fourth official of the racism he had been subjected to – having made the officials aware of it beforehand.

Commentators from Telefoot claim that Gonzalez called the former Barcelona superstar a “dirty monkey” as they clashed.

Reacting to the racism allegation of one of his players, Marseille boss Andre Villas-Boas said “racism is unacceptable in football”.

Both Layvin Kurzawa and Leandro Paredes were sent off for their roles in the stoppage time melee, with Marseille pair Jordan Amavi and Dario Benedetto also given their marching orders.

Marseille claimed a first win over PSG in ‘Le Classique’ for the first time since 2011 thanks to a first-half strike from former Newcastle winger Florian Thauvin.