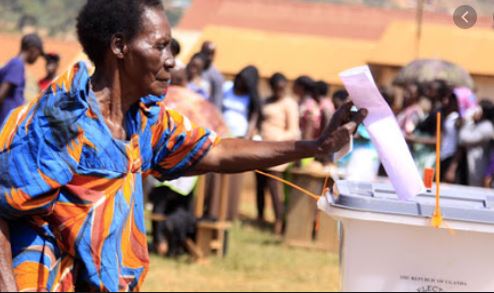 Ugandans living and working in the Diaspora are for the first time going to get chance to participate in the forthcoming 2021 General Election.

This comes after  the High Court on Thursday issued an order allowing all Ugandans living outside the country who are fully registered with the Electoral Commission to vote, unlike past years when it was not allowed.

The order was issued by Justice Lydia Mugambe, on the basis of a petition filed two years ago by lawyer Stephen Kalali.

In his application, Kalali sought declarations and orders that Prisoners and Ugandans in the Diaspora, possess the fundamental and inalienable right to be registered as voters.

He argued that the omission and exclusion of prisoners and Ugandans in the Diaspora from the voting process amounts to segregation or discrimination. He demanded that each of the prisons in Uganda be declared a registration and polling centre ahead of 2021 elections.

The lawyer told the Court that being convicted, remanded or imprisoned, and living in diaspora does not disqualify any Ugandan citizen from voting.

Although the Electoral Commission argued that there is no legal framework which provides for voting while in the Diaspora, and in places of confinement, Justice Lydia Mugambe disregarded the argument and stated that by excluding the said categories of people from voting, the Electoral Commission is acting contrary to the fundamental rights and freedoms enshrined in the Constitution.

Mugambe also explained that she had conducted research and found that prisoners were allowed to vote in countries like South Africa, Ghana, Kenya, Nigeria and Zambia which subscribe to several international human rights laws, to which Uganda is a signatory.

She thus ordered the government and the Electoral Commission to put in place all mechanisms to make sure that the said adult categories of people participate in all future elections.

The right to vote, according to the constitution, is accorded to all nationals aged 18 and above.  Similarly, the right to vote without discrimination is set out in the Universal Declaration of Human Rights, which provides that everyone has the right to take part in the government of his country, directly or through freely chosen representatives.