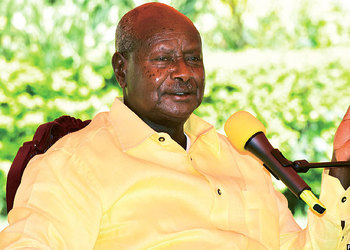 “Yesterday we were told by the head of the southern mediation team Tut Gatluak that the Ugandan President Yoweri Museveni will attend the signing ceremony of the peace agreement,” Nancy said.

Several leaders including the presidents of Chad, Ethiopia, Djibuoti, Sudan as well as representatives of the governments of Egypt, European Union and the United States have already arrived in Juba.

President Paul Kagame of Rwanda has also arrived in the capital.

This afternoon, Sudanese parties will sign a landmark peace agreement to end decades of war.

The peace process came about as consequent of a 2018 offer by South Sudan government to mediate between the Sudanese warring parties.