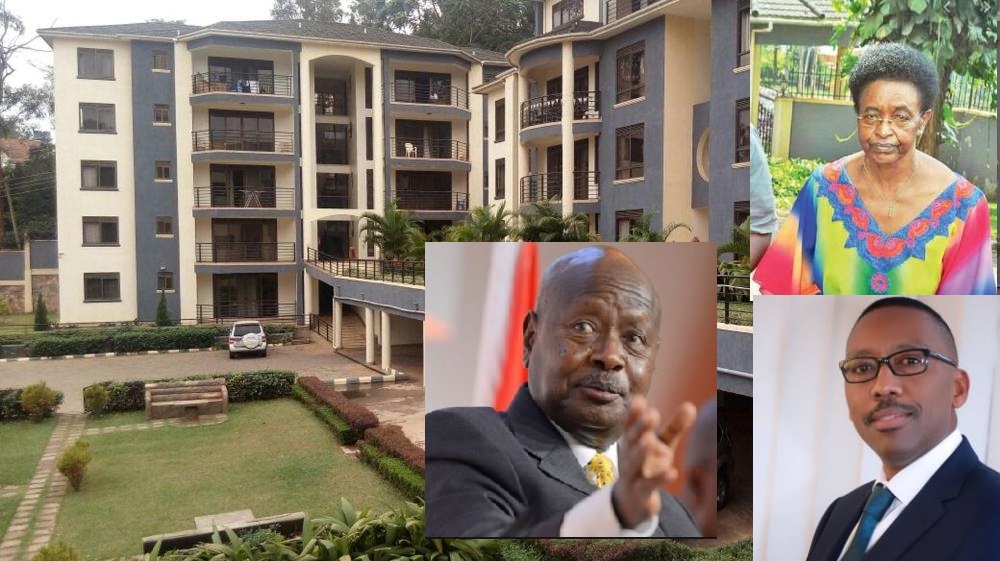 Mrs. Kwesiga appealed to President Museveni to intervene in the matter a few months ago after the Bank deployed bailiffs to distress her property which she had staked as collateral security for a long she acquired some time back.

So in a letter dated September 9th, 2020,  copied to the Manager Housing Finance Bank and the Bank of Uganda Governor Tumusiime Mutebile, Museveni directed the Bank to allow Mrs. Kwesiga to sell the property herself, such that  she can offset the loan remain with some money to start a new life.

The above matter refers.

Mrs. Ida May Kwesiga has appealed for my intervention in the sale of her property mentioned above which she mortgaged with the bank.

She is widow of our comrade Late Eng. Samwiri Mishambi Kwesiga who offered us support during the liberation struggle.

Whereas I am aware of the mandate of the bank when it comes to non-performing loans, Ida May Kwesiga should be given opportunity to sell the property herself and pay the bank within a period of two months.

Genesis Of the Matter

We recent revealed how  Housing Finance Bank had been dragged to court over fraudulent sale of city property at Shs8 billion yet the same is worth Shs30 billion at per the current market value.

In the case before court, Kwesiga  accuses Housing Finance Bank of fraudulently selling her property along Kyadondo Road, Nakasero in Kamapala, to purportedly offset a nonperforming loan.

Kwesiga, who owns Mayflower Apartments, which sit on an acre of land in Nakasero, ran to the Land Division of the High Court in Kampala, where she sued Housing Finance Bank together with Balaji Group East Africa limited.

Kwesiga told this website that she entered into an agreement with the Bank in 2013 to develop her property by erecting the apartments and the Bank approved a loan of USD2.7 million to her, which was to be paid back within 10 years.

According to court documents, the loan facility was secured by property located along Luthuli Avenue in Bugolobi.

“Due to unconscionable terms of payment, the plaintiff (Kwesiga) defaulted and the defendant (Housing Finance Bank) issued her with a notice of default on july,3,2019. The first defendant  (HFB) subsequently issued the notice of sale against the said mortgaged property on September 9,2019 and on October, 15,2019, the first defendant published an advert for sale of the mortgaged property,” the court documents indicate in part.

The businesswoman avers that in November last year, she applied to the High Court to have the mortgage reviewed on grounds that it was given on unconscionable terms, misrepresentation of facts by members and not being given chance to be represented by an independent financial advisor.

She noted that court later issued an order restraining the bank from selling the said property but during the Coronavirus lockdown, the property was sold to Balaji Group East Africa limited.

“The first defendant (HFB) without reissuing default notice, re-advertising or re-evaluating to ascertain the current market value, proceeded and sold the suit property to the second defendant.

The plaintiff has just come to learn that the property was sold to Balaji Group East Africa limited despite having a court order and being aware of the current COVID-19 situation that has affected the entire economy,” court documents continue.

The businesswoman contends that the sale of her property by Housing Finance Bank to Balaji Group East Africa was unlawful, illegal and tainted as fraud.

She contends that by failing to issue fresh notices to her about the sale of the property, failure to re-advertise the property before sale and selling it at a very low price below the market price was fraudulent and wants court to rescind the decision.

Wherefore; “The plaintiff prays for judgement against the defendant for a declaration that the sale of land and property at Kyadondo Road Nakasero to the second defendant be set aside for being unlawfully and fraudulently done.”

However, our efforts to contact the management of Housing Finance Bank for a comment about the matter were futile because they couldn’t be reached  through their office lines.