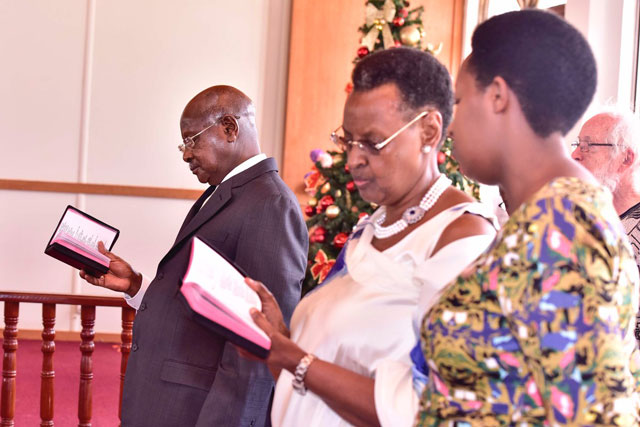 President Museveni made the announcement on Twitter on Thursday, saying he received someone who claimed to have seen a vision from God and that the creator had asked Uganda’s leader to organise national prayers to deliver the country from COVID-19.

“A certain Ugandan came to me and told me that God had told him in a vision that I should organize National Prayers, scientifically organized, for God to deliver us from COVID 19,” Museveni tweeted.

He added, “Therefore, by the powers given to the President of Uganda by Section 2(2) of the Public Holidays Act, I declare the 29th of August 2020, a day of National Prayers and a Public Holiday. Stay in your houses or Compounds and pray.”

The National Prayer Breakfast, which has been organised by the Parliament of Uganda since 1991, is an annual event held on 8 October, ahead of the country’s Independence Day celebrations the following day. It is also the day when Uganda’s 1995 Constitution was promulgated.

Uganda is a Christian nation with her National Anthem and National Motto both prayers to the almighty.

Uganda’s President who always refers to the bible during his speeches, was once Scripture Union Leader in his high school days.

The country’s First Lady, Janet Kataaha Museveni, also a devout christian, draws her inspiration from God’s word. One of the President’s daughters, Patience Rwabwogo is a pastor.