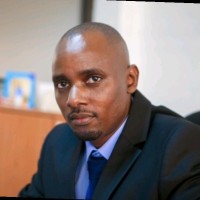 President Yoweri Museveni has appointed Brig. David Mugisha as the new commander of the Special Forces Command (SFC), unit of the UPDF responsible for guarding the president and members of the first family.
Brig. Mugisha who has been the deputy commander of the UPDF third division based in Moroto has replaced Brig Felix Busizoori who has swapped position with Mugisha in Moroto.
The new SFC commander ,one of Museveni’s blue eyed boys was in April promoted from Colonel to Brigadier before he was appointed the second in commander for the third infantry division whose headquarters are in Moroto where he has been until the new charges were made.
Before being sent to Moroto as the third division deputy commander , Mugisha also served as the deputy SFC commander and was replaced by Brig Charity Bainababo.