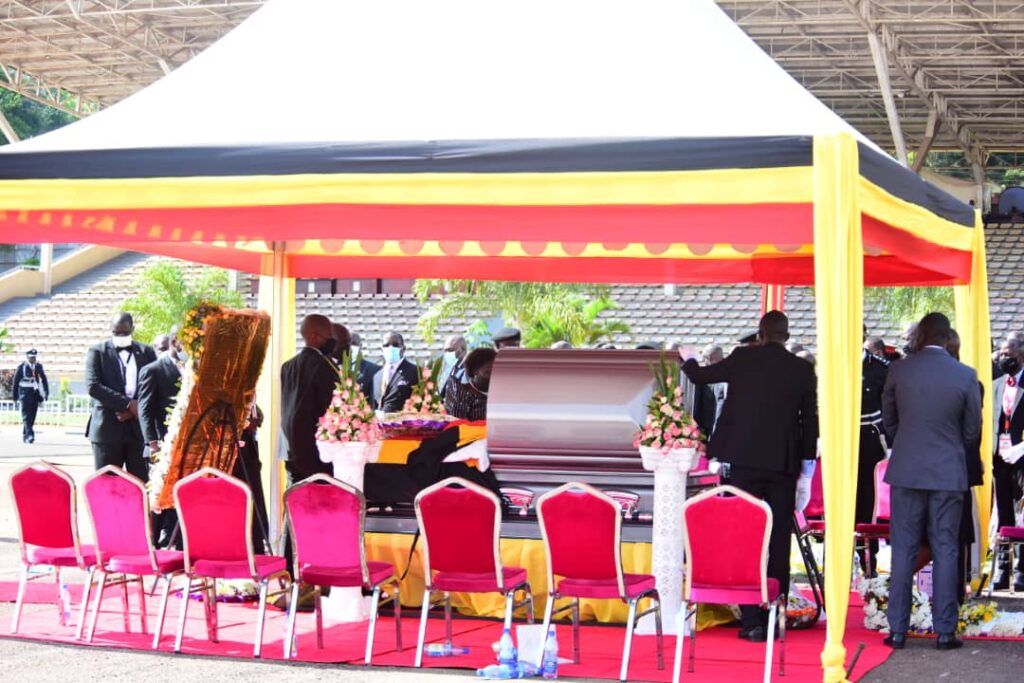 Museveni said this while mourning Jacob Oulanya at Kololo independence grounds, President Yoweri Museveni has said that if he knew departed Speaker of Parliament Jacob Oulanyah’s health condition, he would have advised him not to contest.

“That Speakership is dangerous,” Museveni said while speaking as Chief Mourner at Kololo during the State funeral.

This was after a speech by medics that revealed that Oulanyah’s health condition deteriorated further when he went for politics ahead of 2021 general polls when he contested as MP for Omoro and later as NRM Vice President in charge of Northern region and later as Speaker of Parliament. Medics argue that given this busy period, Oulanyah did not have time to attend to himself as was advised by the doctors.

According to Museveni, he first knew about Oulanyah’s health condition when he was flown to Dubai.

However, after Oulanyah’s Dubai admission, Oulanyah returned and never took long when he was admitted at Mulago and later flown to the USA where he died on 20/3/2022.

Museveni advises politicians to care about their health arguing that health is wealth. The President further pledged that the government will contribute to the Jacob Oulanyah education fund to help support in educating their children.

The President castigated MPs from northern Uganda who were questioning his death and preaching sectarianism noting that Oulanyah was a Speaker of the Parliament of Uganda and not northern Uganda.

The Archbishop Stephen Kazimba Mugalu who was the chief mourner called for revisiting the provision of the constitution of parliament which directs for immediate election of the Speaker of Parliament when his or her predecessor dies.

“The grave is the richest place on earth because it has taken many people down there. For the believers, there is life beyond death. Life does not end in the grave. There is hope amidst hopelessness. I think about all the brains that are buried in the ground. Recently, we were here for Mutebile.

“I was wondering how someone could win the votes, become a speaker but only to lead for nine months. God’s ways are not our words, he has authority over us. The grave is not a permanent place for us. It is a temporary home where we rest before we go to rejoice with God in heaven,” he said.

Oulanya will be laid to rest on Friday 8th April 2022. The day will be observed as a Public Holiday as declared by H.E. the President.