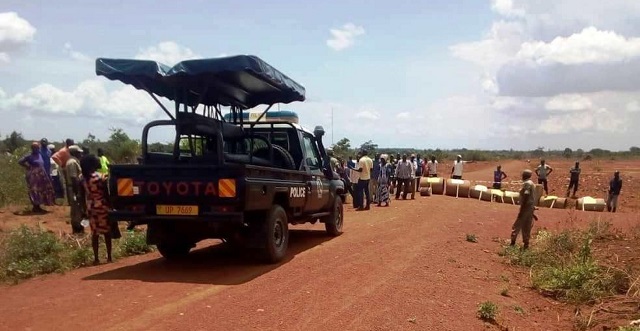 Lango West Diocese has dragged Kwania district to court over the ownership of Aduku seed secondary school. The school is among sixty-nine seed schools built by the government under Uganda Intergovernmental Fiscal Transfers Program-UGIFT.

Denis Hamson Obua, the State Minister for Sports handed over the school to the community of Aduku sub county on March 16, 2022. However, the leadership of Lango West Diocese says the new school seats on 15 acres of land belonging to the church. The same land hosts Aboko primary school.

Now, the church wants to take over the school as the founding body. West Lango has through Acan and Company Advocates filed a suit before Aduku Magistrate’s court accusing Kwania District Local Government of encroaching on their land.

Aduku Grade I Magistrate’s Court has fixed the matter for hearing next month. Last week, Aduku Grade one Magistrate Sheila Gloria Atim visited the school to inspect the boundaries but met resistance from the residents neighbouring the school.

Bernard Opolot Apollo, Kwania District Deputy Chief Administrative Officer blames the land wrangle on selfish interests by the Anglican church. He said that the district is exploring all avenues to ensure the case is ruled in its favour.

Augustine Onac, the LCI chairperson of Alyet village argues that the contested land belongs to the community. He said the land was given to the church by the community in 1956. He says the community as the primary owners of the land, gave part of it for the establishment of the seed school.

Jesinta Adongo, Sam Opyene and James Alele Lubega, all residents of Aduku sub-county wondered why the Anglican church ran to court claiming land ownership after the school was commissioned.

Geoffrey Eling Owera, the Kwania LC V Vice-chairperson says that trouble started when the West Lango diocese petitioned the district in December 2021 to sign an MoU with them over the school ownership.

Eling said the Anglican Church is in fights with over ten schools in the district over ownership due to the weak laws enacted by the Parliament in 2008.
story credit:independent website