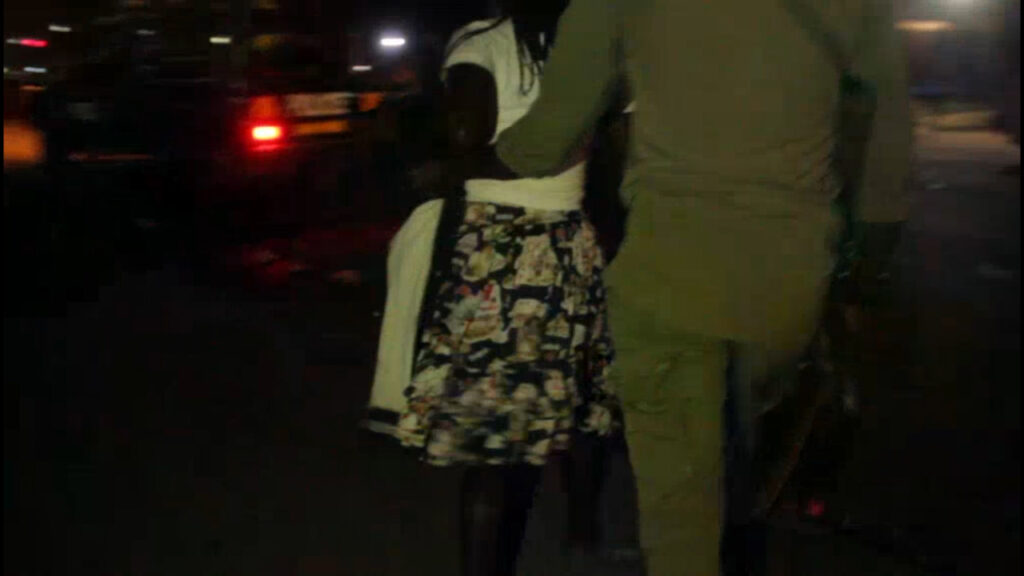 Sex workers in Mukono municipality have raised concerns over Mukono Police and LDU brutality at night during during carfew operations.

These girls we found at their hub at the famous “ewa king” bar which is opposite St.Paul Catholic parish, accuse some police officers on the night operations for extorting money from them.
These women revealed to us that these police officers reach the extent of forcing them into sexual acts without paying them, after the act they jump on their patrol vehicle and go.
Rahuma Nabirye a sex worker, narrated to us the hardships they go through in name of enforcing carfew by Police and LDU.
“Police officers knock our rooms demanding for sex when you refuse they force you and after the act they go without paying us”

Rahuma added that we know that the kind of job is illegal, and some of us it was not our wish to be sex workers, let police officers have respect to us.

“We have no were to report these people because they keep on telling us that we are illegally involving in sex work ctivities.” Narrated Rahuma.

“When they arrest us they ask for money when you dont have money they demand for sex and by force” Salima narrated while tears rolling from her eyes.

Nyirampaningye Ritah, the leader of sex workers, decried the situation they experience while doing their work in the lockdown.

“We have Children to look after, we need food, we have to pay for the rooms we use and other responsibilities, when we are stopped from working we and our kids will starve and die” said Ritah.

Ritah echoed the government to think about them in hard situations like this, instead of sending police officers to brutalize them.

“Our area was never reached while registering the vulnerable persons who are going to benefit in the 100000 from government, it’s a sign descrimination against us.” Ritah

Ritah noted that one of their colleagues who was sexually abused reported the matter to the nearest police post, but instead she was threatened to arrest her and she gave up on the case.

“She was traumatized and time came she left this place without even informing us we don’t know her whereabouts” Ritah added.
On the issue of some police forcing these girls into sex, we talked to the Kampala metropolitan deputy spokes person Luke Owoyesigyire, who advised these ladies to go and report to police headquarters in Kampala with enough evidence, those officers will be arrested and charged accordingly.