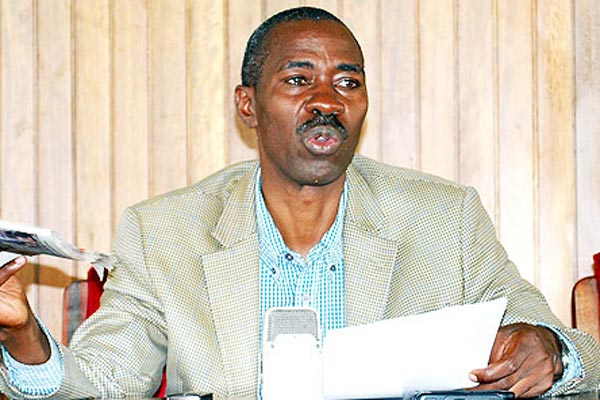 Former minister of tourism Godfrey Kiwanda must be cursing himself, as NRM parliamentary caucas disregarded him and others, and voted former Kabula MP James Kakooza to fill the vacant EALA MP position left by Mathias Kasamba who died in April this year.
Kasamba’s tenure was supposed to run up to the end of 2022, meaning that Uganda has to nominate his replacement.
NRM CEC, this week trimmed the number of those who had expressed interest in the position from 26 to 6 before submitting names to caucus for voting.
The candidates included former state minister for tourism Godfrey Kiwanda Ssuubi, former Kabula MP James Kakooza, Lule Umar Mawiya, Mutumba Abbas, Nakato Kyabangi and Nsubuga Kenneth.
Out of the total 237 votes cast, Kakooza polled 93 to emerge winner, followed by Kiwanda with 85 and Mutumba with 54. Nsubuga got 3 votes, Nakato 1 vote, Lule didn’t get any vote and one was invalid.

“I therefore declare Kakooza James who has polled the highest number of votes (93) representing 39.2% as duly elected Member of Parliament to the East African Legislative Assembly,” Dr Tanga.

In the just concluded elections Kiwanda assured president Museveni, that it was ok in Buganda region, but NRM lost 90 percent in Buganda, So Kiwanda must be paying for his lies.