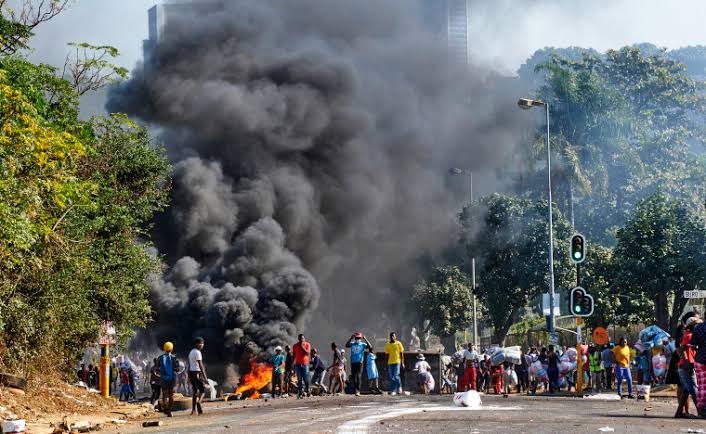 It’s heartbreaking what is happening in Phoenix. The Indians are killing black people like chicken and for no reason.

It all began when Zuma supporters began a protest to free Zuma. However some people began looting and destroying buildings. It is because of this reason that the Indians are hunting for black people as they want to protect what’s theirs.

However they are handling the situation badly as they are going after every black person. They do not care if you are looting or minding your own; they are just killing.

It’s now more like a racial attack on black people. At the moment 15 people have already passed away due to the attack; it’s not clear if they are the only ones and if more were injured.

All the 15 people are currently in the mortuary and families are not being allowed to identify the bodies. On the other hand the SA army who were deployed in KwaZulu-natal province are being overwhelmed. As a result the army has made a call to all it’s reserve members to come and back them up with their necessary equipment.

This simply means trying to solve the situation peacefully is not working. The government should certainly do something about the situation in Phoenix. The videos that have been circulating on social media of Indians attacking black people it’s just heartbreaking.