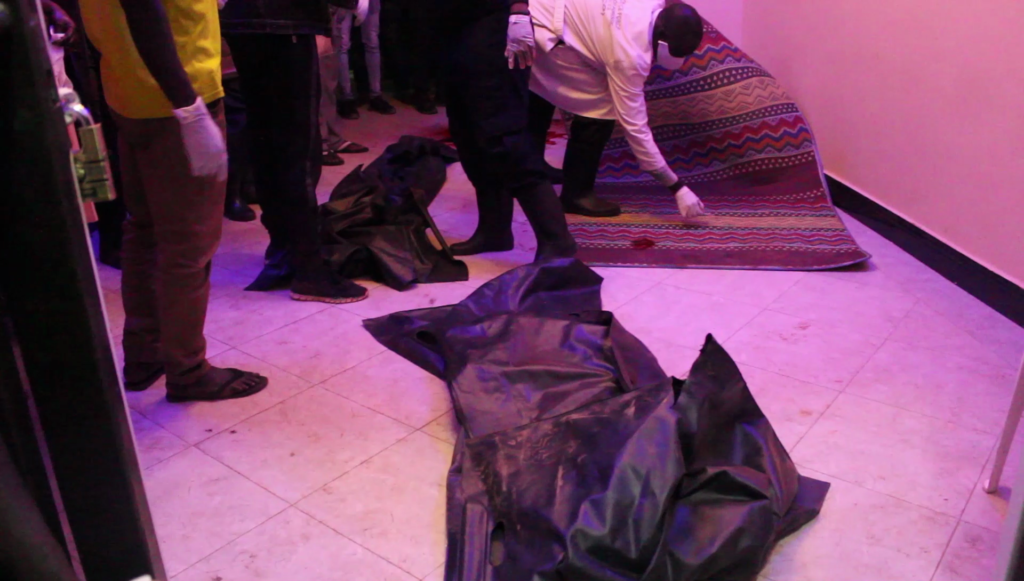 Shock has engulfed residents of Kikubankima village in Nama Subcounty in Mukono district after Constance Nankya, 28, killed her own two sons. The tragedy occurred at 8 pm. at their newly finished house.

The deceased were identified as Shaban Kamoga, 6, and Ramazan Lubega, 3. Their bodies were found in the living room in a pool of blood with a Bible on the side. Its alleged that Nankya grabbed a knife and stabbed one of the children and the the second one was strangled to death and the husband rescued the third one as she was also strangling him.

Her husband and father of the deceased, Kamya Seguya, who was in tears, told us that when she returned she rang the bell to open the gate for her but there was no response and she jumped the gate and fell inside. He said what shocked him was to find his children in a pool of blood already dead and when she asked what happened the wife said that Jesus had told her to send the Kids to him. With tears rolling from his eyes Kamya also wondered what tempted his wife to kill the children.

Residents said Kamya’s wife is a very devoted born again Christian and they have been hearing her praying aloud every day and she told them that she was expecting Jesus to visit her home in person anytime.
The bodies were taken to the Kampala morgue for further investigation. Kikubankima leaders were surprised and encouraged women to contact them if they find themselves in a situation of abuse in their homes. Nankya Constance is being held at CPS for further investigation.
Kampala metropolitan police spokesperson Luke Owesigyire confirmed the incident, he said that the woman was arrested and she will be taken for a mental check up.