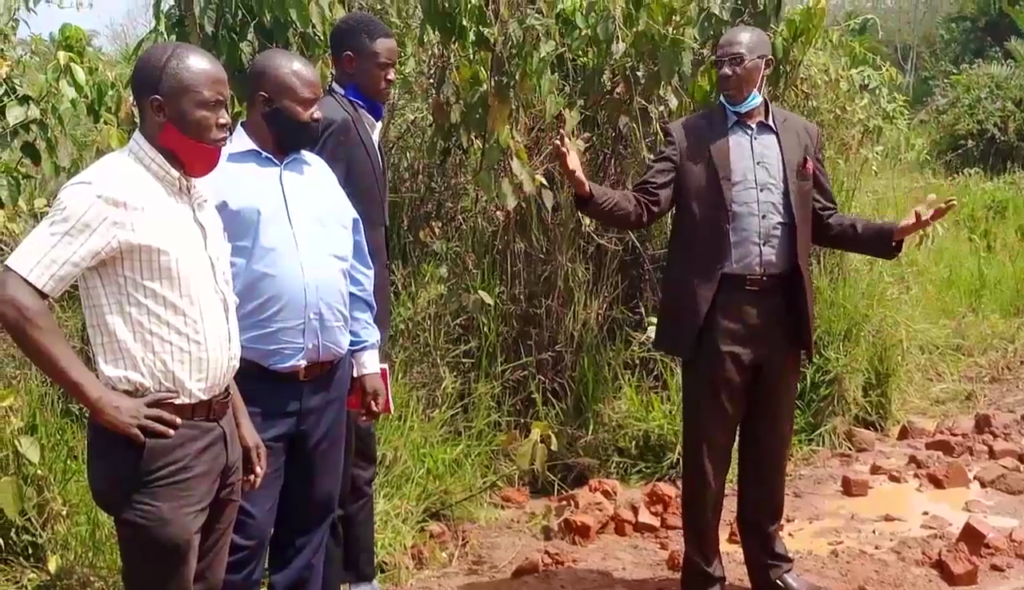 Mukono district leaders, civil societies, religious leaders and residents were in a meeting meant to gather views on the next 2022 – 2023 Mukono district budget.

The furious Mukono district chairperson rev. Bakaluba said voters are currently demanding them the services they promised while campaigning, but they have nothing to show to the electorate.

Bakaluba cited the district land that hosts the district headquarters which was sold by the former district leaders while the chief executive officer is in office.

“This land we are sitting on was subdivided. It has mark stones in it, down there, someone made a recreation business the RDC’s is no more and the leaders were in their offices looking” Bakaluba roared.

James Nkata, retaliated by arrogantly telling the district chairperson if he wants everything to go efficiently, he and his councilors should have to encourage people to pay taxes.

“Honorable councilors, we are going astray, let’s concentrate on the budget. We did not come here to discuss the lost property. That will be another day, I implore you to mobilize the electorate to pay taxes” said Nkata.