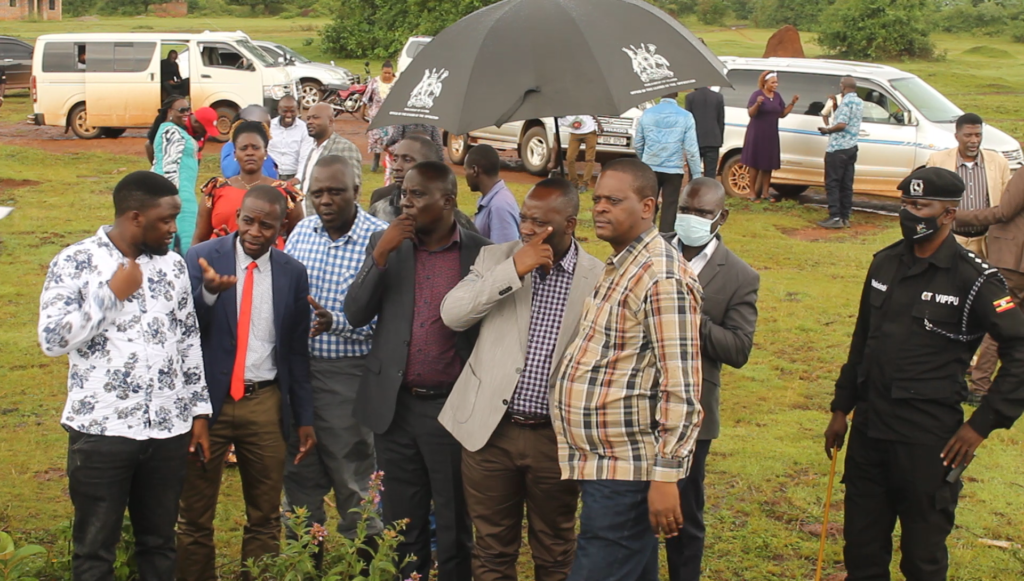 The Buganda parliamentary caucus has expressed concern over the overwhelming destruction of central reserve forests in Buikwe district; they shifted the blame to the National Forest Authority (NFA).

A delegation of Buganda region members of parliament toured various gazetted forests which included Namaziina in Ngogwe Sub County, Nakiza and Kisisita and they discovered that all the indigenous were cut down and replaced by eucalyptus trees.

The leader of opposition Hon. Mathias Mpuuga condemned the corruption tendencies amongst some NFA officials who give away forests to the rich people and leave out the poor local occupants in the area, therefore calling upon district leaders to work as one in the fight against the vice.

Mpuuga, noted that the national forestry authority was mandated to protect all the forests in the country but the body has totally failed to fulfill its mandate and it’s a hub of thieves and the corrupt, who go on selling forest land.

Kiteezi Godfrey a resident of Bukunja furiously told us that, when it comes to giving out land NFA considers the rich from other parts of the country, leaving out the locals who have passion for the forests in the area.

“The rich people from Kampala are after making money that’s why they destroy the indigenous and plant eucalyptus which grows faster” Said Kiteezi.

SSI Sub county chairman Kibuuka Godfrey told MPs that the rich people who have taken the forests along with NFA officials have been threatening to evict the locals using the forest land for refusing to cooperate with them, He urged parliament to intervene.

Buikwe south legislator, Dr. Lulume Bayiga said the residents are crying foul due to the drought and heavy storms that destroy their properties because forests were destroyed, he asked parliament to review the national forestry authority (NFA) act and investigate the group involved in deforestation.

The chairman Buganda parliamentary caucus, Hon. Muwanga Kivumbi, urged MPs and leaders to take action on the issue as there is now a certain group of legislators who want to introduce a proposal to give land ownership to people who have trees in central reserve forests.