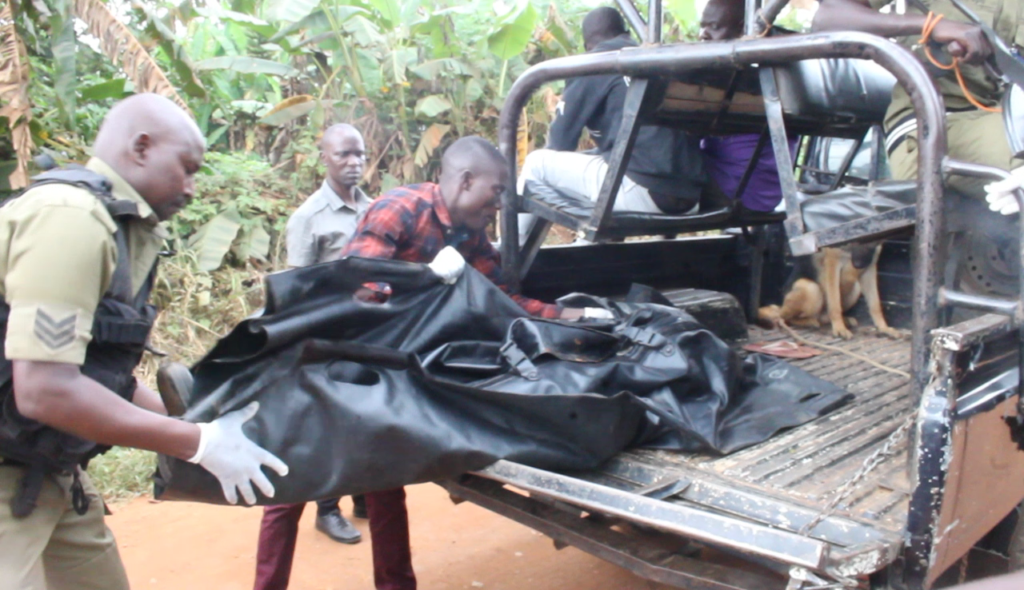 Innocent Masinga, 27, was stabbed to death in the clash between the two rivalry groups in Lukojjo village in Nama district in Mukono. The two groups were fighting for ownership of the land.

At the scene, we found the group of youths who had been hired by Kasozi Sam to drive away the group that his brother Ssozi Musisi had brought to the land was still fighting and police opened live bullets to disperse the angry youths.

Meanwhile Innocent’s body was lying in a pool of blood amidst the crowd.

Residents who witnessed the incident also said a group of youths with sticks and machetes came and attacked the guards and started beating without asking anyone.

The residents blamed the unending fights on police because fights are being fueled by two UPDF senior military officers fighting for the land. They accuse the two officers for ferrying youths on the Land.

Lukojo Village defense secretary, Nsubuga Richard said the disputes are known to the village committee and they were forwarded to courts of law, and the courts have been giving their verdicts but there have been appeals.

Nama, Subcounty chairperson, Johnbosco Isabirye said the land disputes in Nama were caused by the rich people from Kampala who wanted to take over the land without respecting the interests of the tenants.

The so called rich people are the one ferrying wrong doers in the sub county to protect their land and they end up causing insecurity in the area.

Kampala Metropolitan Police Spokesperson Onyango Patrick confirmed the killing and urged victims to use proper means rather than fighting.