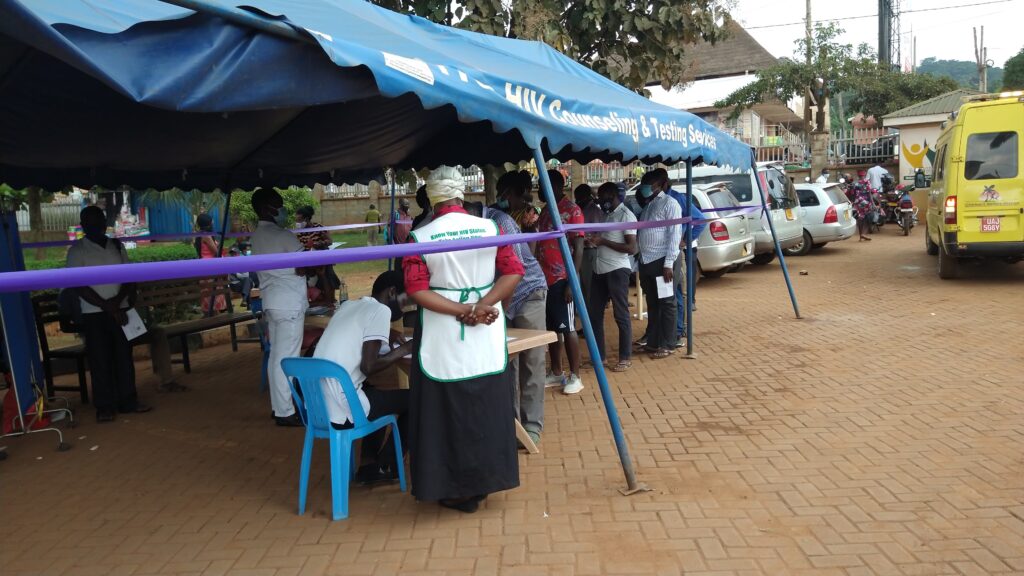 Mukono District Covid-19 task force, vowed to stop private hospitals that were given covid testing kits, this follows multiple complaints from the residents that they are being charged money between Shs 50000 to 100000 in order to be tested.

The vice has greatly contributed to the drop down of the numbers of people who want to be tested because they don’t have the fees asked by the hospitals. Many people are dying in villages because they fear going to health facilities.

Originally when the second wave broke, the Ministry of health gave out free testing kits to Church of uganda (Namirembe) and Nagalama private hospitals in Mukono district and the main purpose was to avoid overcrowding at Mukono general hospital.

But later the Mukono district task force discovered that people were overwhelmingly charged by the two private hospitals yet they were supplied free testing kits and tested people for free.

Mukono RDC while speaking in the weekly covid task force meeting vowed to write to Naaggalama and Mukono church of Uganda hospitals stopping them from executing the testing process.

“We have received a lot of complaints from the local masses over the issue of testing  charges, we are going to talk to those hospitals if they fail to comply we are going to stop them and recall our testing kits and put them to government hospitals”

“We have started an investigation on our own government medical officers who ask money from people. It’s illegal to charge people because it’s free,” said Dr. Mulindwa Steven DHO Mukono District.

“It’s true that the government supplied us with only 10 boxes of kits and that box worked on only 300 people in three days and it was free, since then we have never received any consignment from the ministry, the kits we have were purchased by our hospital that’s why we charge”. Said Dr. Simon.