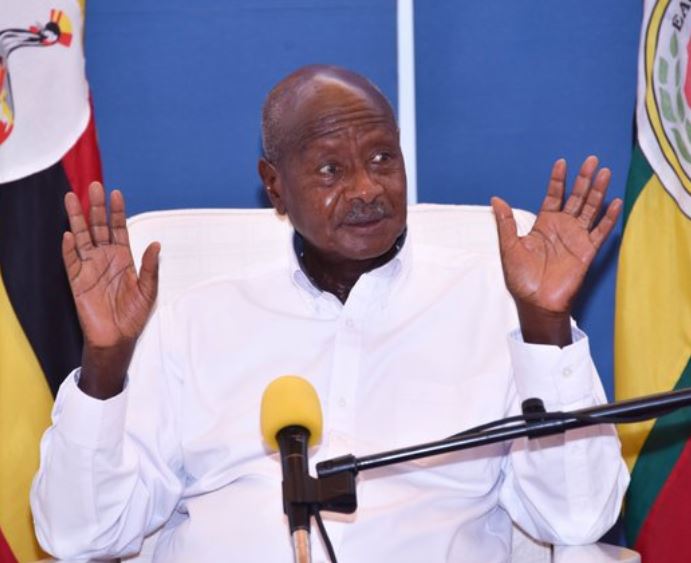 Several Members of Parliament who benefitted from the COVID-19 Shs10Bn cash bonanza are in hot soup after President Yoweri Museveni directed the Auditor General to make them produce accountability  for the  money.

Museveni issued the directive during his 12th National Address on Coronavirus on Tuesday night, when he said that  what MPs did was morally unacceptable and that they landed themselves in a trap by taking  the money during a time when the country is facing a crisis due to the Coronavirus outbreak.

“I’m very thankful with Ugandans; they have responded but the Shs20 million by the MPs that caused confusion. It’s bad planning but secondly, there were also legal and constitutional issues involved. It would be morally reprehensible to give themselves money for personal use when the country is in such a crisis and totally unacceptable to the NRM,” Museveni said.

He added that; “I agreed with the Speaker that they donate the money to the district taskforce where they come from, it will limit the damage. I heard that some of the MPs went and bought things. That’s not good enough. We have a purchaser. You are not government purchasing officers. I have been in the Statehouse for 34 years and I have never even bought a toilet paper. Many Ugandans are angry with this and this will be sorted out,” Museveni said.

He stressed that the only persons allowed to purchase for the government are the Permanent secretaries, the Chief Accounting Officers, Town Clerks, Sub-county chiefs and a few others.

“For the ones who bought on their own, the question is who authorized you to buy for the state? The Auditor-General will come in and audit and say you bought badly so that we sort this. They can pay it back if they spent it wrongly.”

It should be noted that all MPs were last week given Shs20M each to purportedly help them fight Coronavirus in their various constituencies. Many of the MPs have since bought food and other relief items which they donated to people in their districts, while some like Robert Kyagulanyi, Mathias Mpuuga, Francis Zaake, Gerald Karuhanga and other opposition politicians have since refunded the money.