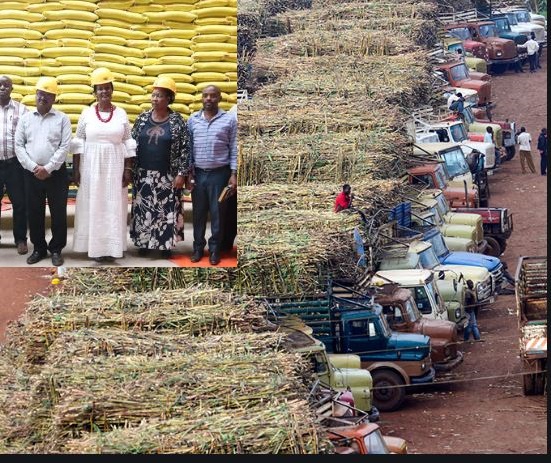 Several sugarcane growers and sugar manufacturers in Uganda are sighing with relief and hoping for  a better future after President Yoweri Museveni agreed to endorse  the Sugar Bill in law.

President Museveni assented to the Sugar Act, 2020 as Uganda makes its final deliberations in trading off its surplus sugar to Tanzania, with the first consignment of 20,000 metric tonnes expected before end of May this year.

The President’s press team said Tuesday that Mr Museveni assented to the Bill on April 24, 2020.

“The sugar industry of Uganda will be exporting 20,000 metric tonnes of brown sugar to the United Republic of Tanzania by the end of May 2020. This is the first consignment, which has opened up market opportunities for the Ugandan sugar millers who have surplus production,” reads part of the statement shared by Presidential Press Secretary, Lindah Nabusayi.

The President reportedly met with representatives from Tanzania led by the Managing Director of Kagera Sugar Limited, Seif Ally Seif on Monday. The meeting was attended by Trade Minister Amelia Kyambadde.

During the  said meeting, President Museveni reportedly hailed his Tanzanian counterpart John Pombe Magufuli, for collaborating with Uganda’s sugar industry, and said the deal was very important because it would help strengthen the spirit of the East African Community.

“Everything here can grow easily except that we have been lagging behind because of politics of identity and primitive farming methods based on a subsistence way of life. With some sensitization now, Ugandans are waking up and so we are able to have surplus,” Musevni said.

On her part, Minister Kyambadde said this was a relief for the Ugandan millers who have been trying to penetrate the Tanzanian market for a long time in vain, adding that Port Bell to Mwanza will be the transportation medium as it is safer and cheaper.

The Minister noted that Uganda has a good sugar market with a surplus of 48,000 metrics tonnes, which will help to solve Tanzania’s current sugar shortage and high demand.