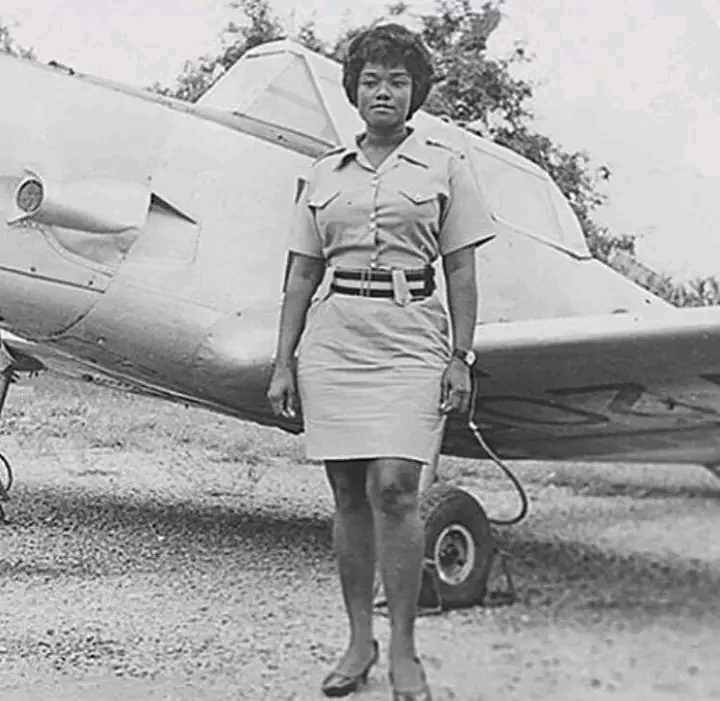 She was a pilot and theologian.
First female pilot in Ghana as well as a sub-Saharan African.
She was chosen among the first women enlisted into the Ghana Air Force as pilots – 1963.

On 22nd June 1964, she flew a solo for the first time in a de Havilland Canada DHC-1 Chipmunk aircraft, becoming the first Ghanaian to fly an airplane solo.
In October 1964, she became the only student pilot allowed some 10 minutes of solo flying time during the Air Force Day organized in Takoradi, where she ended with a spotless landing to the admiration of many including Dr. Kwame Nkrumah.

She became a certified pilot in 15th April, 1965.
After her retirement, she received a Long Service award and the Efficiency Medal – 1984.

She was honored with the companion of the order of the Volta in 2006, by President John Agyekum Kuffuor for being a courageous pacesetter.

In 1997, at age 60, she obtained her Diploma in Bible Studies and theology and began preaching the Gospel within the military circles.