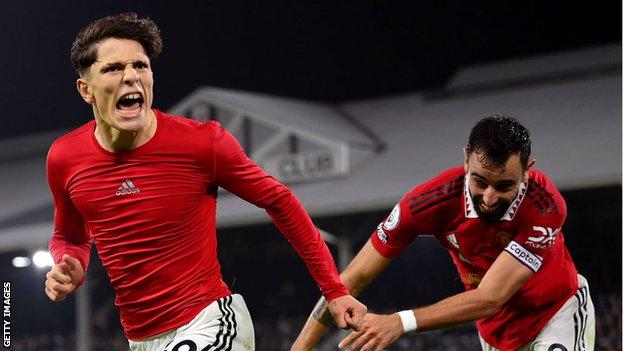 Alejandro Garnacho scored his first goal in the Premier League to hand Manchester United a last-minute win over Fulham.
Christian Eriksen had celebrated making his 250th Premier League appearance by sliding in at the back post to put Bruno Fernandes ‘ cross into an empty net a quarter of an hour in to put United ahead. But Fulham fought back with Dan James haunting his former club by scoring moments after coming on.

The game looked to be heading for a draw until Garnacho stayed calm in the box to squeeze the ball past Bernd Leno and claim all three points for the Red Devils. Here, Mirror Football looks at five of the biggest talking points from the clash at Craven Cottage